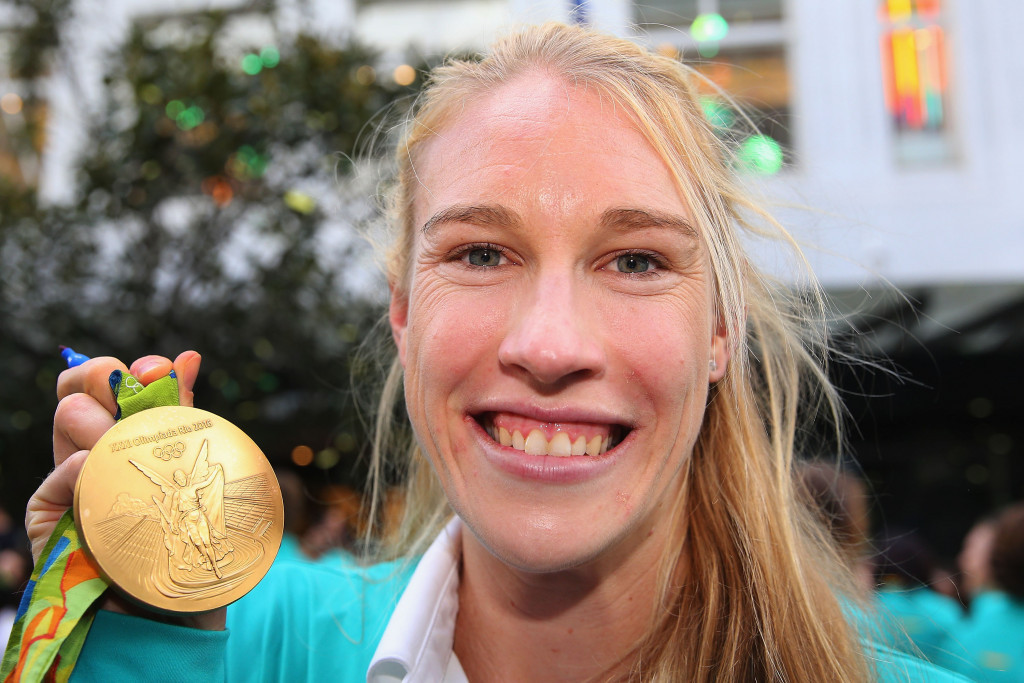 The 31-year-old has competed at the three most recent Summer Olympic Games, winning double sculls silver and singles sculls bronze at London 2012 before claiming single sculls gold at Rio 2016.

After years of success on the water, which has also seen her win single sculls gold at the 2013 and 2015 World Championships, Brennan now has the task of inspiring the next generation of Australian sports stars.

"I am so proud to have been given this role," Brennan said.

"I'm an incredibly proud Australian Olympian and I love what the Youth Olympics stands for.

"It's an amazing opportunity for top-level competition for young, talented athletes, while also being a celebration of all that is great about the Olympics.

"I love mentoring younger athletes and I love their excitement and the passion.

"I am so appreciative of what sport has given me and what I've learnt along the way.

"I hope to now be able to share bits and pieces of knowledge with the younger athletes and help them grow."

The event has proven to be a pathway to success for Australia with the likes of slalom canoeist Jess Fox, and swimmers Kyle Chalmers and Emma McKeon, representing the country at the Summer YOG before going on to win multiple Olympic medals.

Brennan herself competed at a Sydney Youth Olympic Festival in athletics in 2001.

"While the athletes will get to take on the world's best in their age there is also a real emphasis on learning and meeting new friends which is brilliant," she said.

"I remember competing in Sydney in 2001 and I'm very excited that there is going to be a whole team of young people who are going to get an even bigger and more exciting opportunity in Buenos Aires."

Brennan was first notified of the opportunity to be a part of the team late last year before her role as Chef de Mission was given the green light by the Australian Olympic Committee (AOC) Executive in February, following Susie O'Neill's decision to stand down.

She is hoping the event provides a chance for her to continue to grow in terms of leadership, management and learning more about the behind-the-scenes elements of the Olympics.

"It's also a great opportunity to meet some new people and some fresh young faces that are out there doing their best," Brennan added.

Brennan will lead a team of approximately 95 Australian athletes in more than 30 disciplines at what will be the third Summer YOG following Singapore 2010 and Nanjing 2014.

Brennan also sits as the deputy chair of the AOC Athletes' Commission, which had two highly-prized votes in the national governing body's Presidential election earlier this month.

Brennan and AOC Athletes' Commission chair Steve Hooker were responsible for casting them at the AOC’s Annual General Meeting in Sydney.

John Coates held off the challenge of rival Danielle Roche to be re-elected President, extending a reign which stretches back to 1990.

Coates was Australia’s Chef de Mission at the 1988 Olympic Games in Seoul.