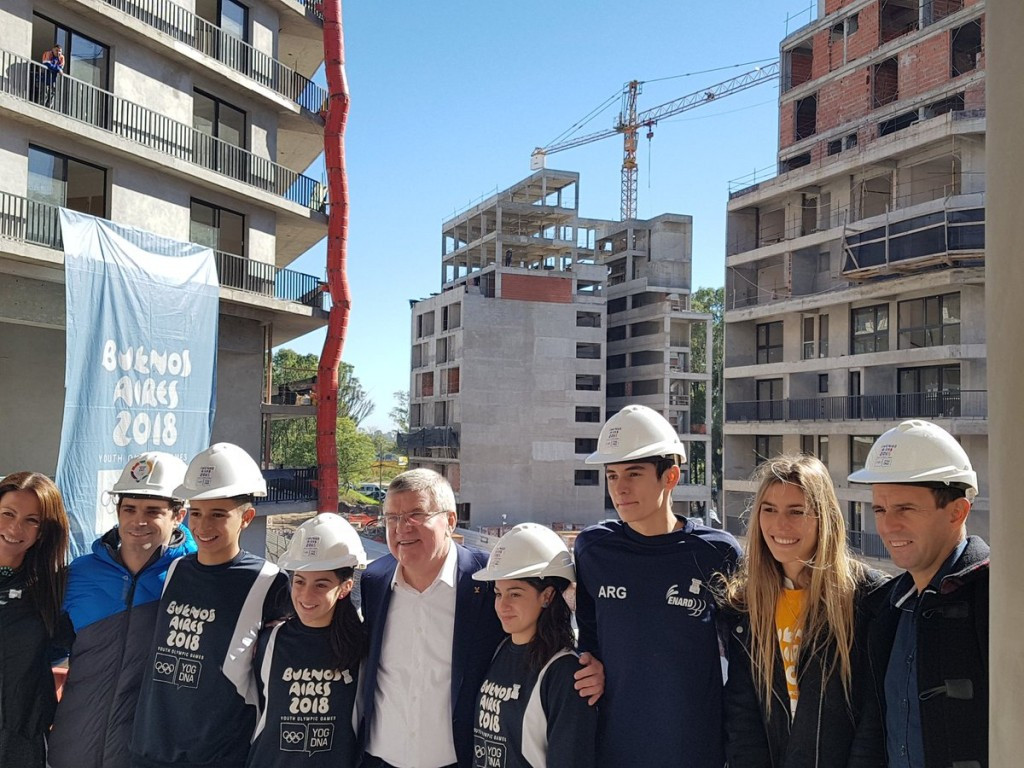 International Olympic Committee (IOC) President Thomas Bach has met with budding competitors in the Athletes' Village due to be used at the Summer Youth Olympic Games in Buenos Aires next year.

The German was visiting the capital city as part of a South American tour after travelling from the Pan American Sports Organization General Assembly here in Uruguay.

He is scheduled to meet Argentinian President Mauricio Macri tomorrow on his return to the city where was elected IOC President in 2013.

China's Li Lingwei has confirmed as the replacement for Frank Fredericks as interim chair of the IOC's Coordination Commission for Buenos Aires 2018.

Her appointment was officially confirmed in the latest list of IOC Commissions.

Li, elected as one of three Chinese IOC members in 2013, is considered one of the greatest female badminton players in history, having won three world titles in the 1980s.

She replaces Fredericks, who has"provisionally suspended himself" from the IOC as he seeks to clear his name after being linked to suspicious payments made shortly before Rio de Janeiro was awarded the 2016 Olympic and Paralympic Games in 2009.

The IOC Ethics Commission is looking into payments a company linked to Namibia's four-time Olympic silver medallist received three days before the decisive vote in Copenhagen.

Fredericks has also been replaced by Patrick Baumann as chair of the Evaluation Commission for the 2024 Summer Olympic and Paralympic Games.

But he is still listed as an active member of the Olympic Programme Commission.