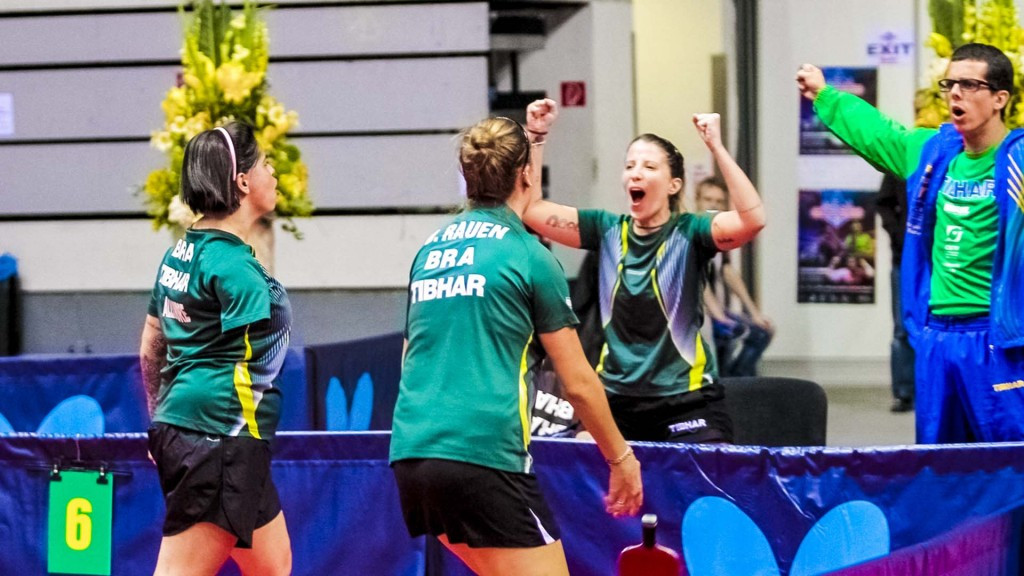 The duo beat the Turkish pairing of Neslihan Kavas and Merve Demir 2-0 at the Slovnaft Arena to also become the first players from Latin America to achieve the feat.

"We came to Bratislava with the aim of being world champions," Alexandre said.

"I am pleased that we were able to achieve this dream.

"In the final, the doubles was very tough, as the Turkish players changed their strategies throughout the game.

"We had to keep finding ways to solve problems during the match.

"What stood out was our team spirit.

"We practice together regularly in Brazil."

Alexandre and Rauen were the women’s team class six to 10 bronze medallists at the Rio 2016 Paralympic Games, also with Parinos.

They finished with the same colour medal in the women’s team class nine to 10 at the 2014 World Championships in Beijing, where Jane Rodriguez completed the Brazilian squad.

Also tasting success were Poland’s Patryk Chojnowski and Igor Misztal after they defeated Russia's Iurii Nozdrunov and Pavel Lukyanov in the class 10 final.

Among the other winners today were Sweden’s Emil Andersson and Linus Karlsson, who won men’s team class eight gold at the expense of Ukraine’s Viktor Didukh and Ivan Mai.

The result was a reverse of the men’s team class six to eight final at Rio 2016.

Lamirault and Molliens were the men’s team class one to two gold medallists at Rio 2016.