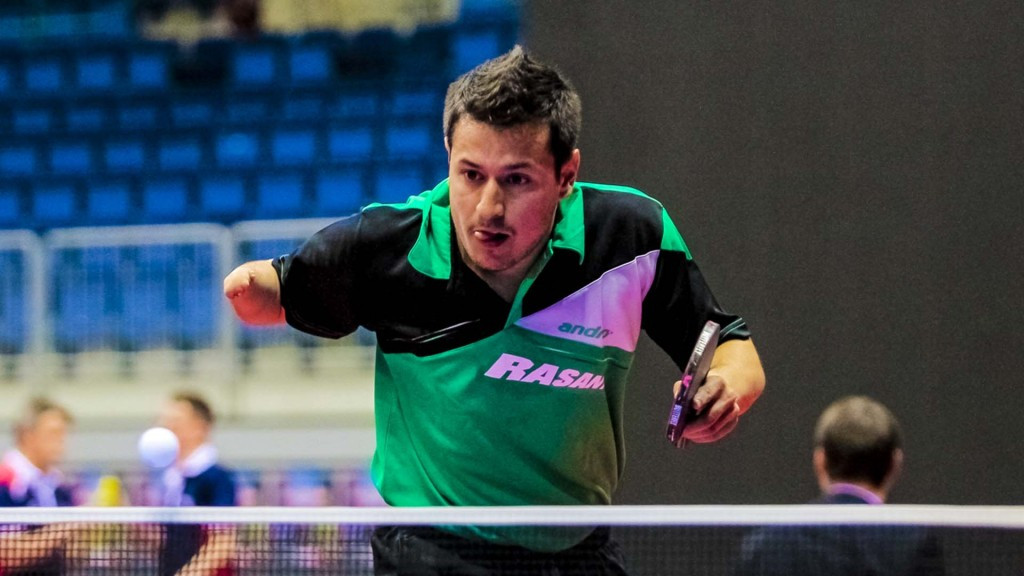 Bulgaria's Denislav Kodjabashev managed to gain revenge for his exit at the quarter-finals of the Rio 2016 Paralympic Games on the opening day of the International Table Tennis Federation (ITTF) Para Team World Championships in Bratislava today.

Kodjabashev was beaten in the Brazilian city by Krisztian Gardos of Austria, but managed to overcome him today in their singles rubber 12-10, 11-6, 4-11, 13-11 at the Slovnaft Arena.

However, the victory was unable to propel his team to success after the Bulgarians were beaten 2-1 in the men's team class 10 event.

Russia were forced to come from one match down to beat France.

Poland and Spain also recorded victories today and were much more convincing than Russia and Austria.

Patryk Chojnowski and Igor Misztal teamed up for Poland to beat the Italian combination of Mohamed Amine Kalem and Lorenzo Cordua 2-0.

There was a successful start to the competition for the Slovakian duo of Jan Riapos and Martin Ludrvovsky, who finished fourth at Rio 2016, in the class two division.

The duo beat the Serbian pairing of Goran Perlic and Vladan Petkovic without losing a match.

David Wetherill of Great Britain was forced to come from two games down to see his team defeat Slovakia in the class six competition.

Karabardak had levelled matters by beating Nagy 11-5, 13-11, 11-9 before Wetherill's heroics saw them to victory.