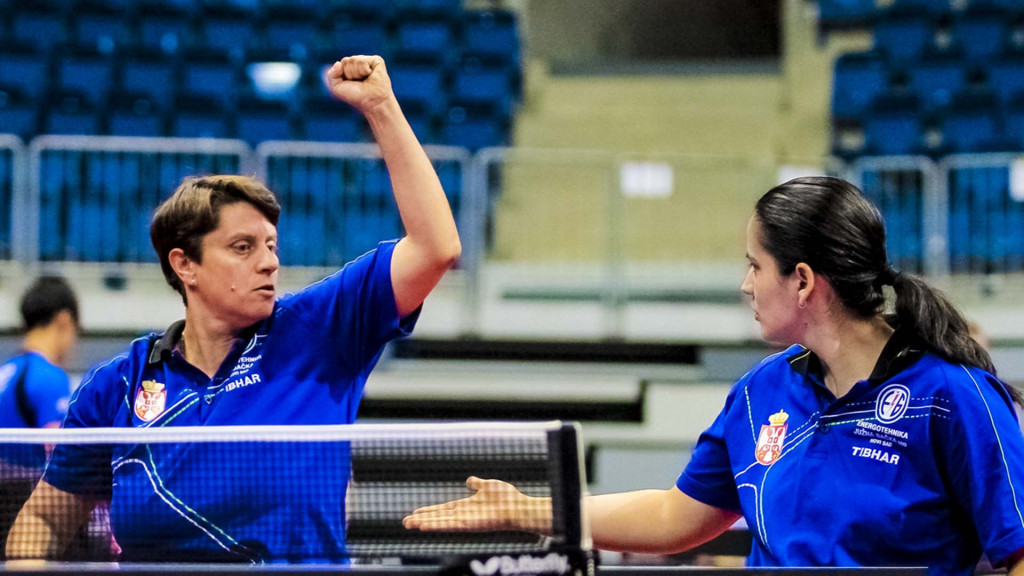 The pair, who triumphed in Beijing in 2014, sealed top spot in the five-team round-robin group with a 2-0 victory over Great Britain’s Sue Gilroy and Megan Shackleton at the Slovnaft Arena.

Peric-Rankovic, the individual class four Paralympic champion, and Matic were part of the squad which won the team silver medal at Rio 2016.

They were joined by Kristina Arancic for the competition this week at the Slovnaft Arena.

"We are very happy that we were able to defend our title from three years ago,” Peric-Rankovic said.

"For us, the aim has always been to stay at the highest level and maintain if for a long time.

"It always feels nice to be crowned world champion."

Defeat for Gilroy and Shackleton saw them finish in third place behind Germany’s Sandra Mikolaschek and Lisa Hentig, who beat them 2-0 earlier in the day.

Mikolaschek and Hentig rounded out their campaign with a 2-0 win over home favourites Alena Kanova and Katarina Dobrovodska, meaning their only defeat was the 2-1 reverse against Peric-Rankovic and Matic yesterday.

Hong Kong, who were also represented by Ka Man Wong, finished in second place by virtue of a superior match ratio between the three teams who finished level on one win from three outings.

Their ratio of 3-2 was better than that of France's Magali Rousset and Lea Ferney, 3-3, and Japan's Yumi Ono, Harumi Kimura and Kanami Furukawa, 2-3.

In the men’s class 11 event, France ensured top spot after maintaining their unbeaten record with a hard-fought 2-1 victory over Australia.

Hong Kong, who selected from Wan Wai Lok, Leung Chung Yan and Tsoi Ming Fai, came second and were followed in the standings by the Australians.