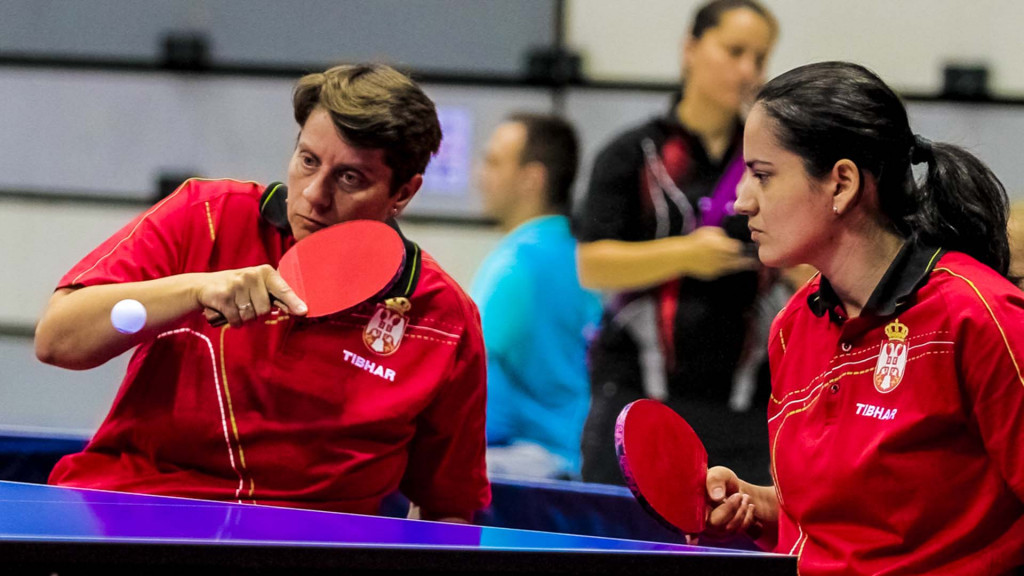 The Serbian team of Borislava Peric-Rankovic and Nada Matic made an emphatic start to the women's class four and five competition on day two of the International Table Tennis Federation (ITTF) Para Team World Championships in Bratislava.

Peric-Rankovic, the individual class four Paralympic champion, and Matic were part of the squad which won the team silver medal at Rio 2016.

They were joined by Kristina Arancic at the Slovnaft Arena for the competition this week in Slovakia's capital.

"We didn't have any matches scheduled yesterday, we took the time to practice and warm up against our Serbian men's team," said Kessler.

"So it helped a lot in our preparation for our matches today.

"It is a pity the Chinese team is not here, I would say our main opponent would be the team from Great Britain."

The British team continued their strong start as the pairing of Sue Gilroy and Megan Shackleton won again.

Britain and Serbia are due to meet tomorrow.

The Italian pairing of Michaela Brunelli and Giada Rossi defeated the Serbian partnership of Sonjia Mijatovic and Ana Prvulovic.

They won the doubles 11-9, 11-0, 11-8 before Brunelli overcame Mijatovic in the opening singles rubber.