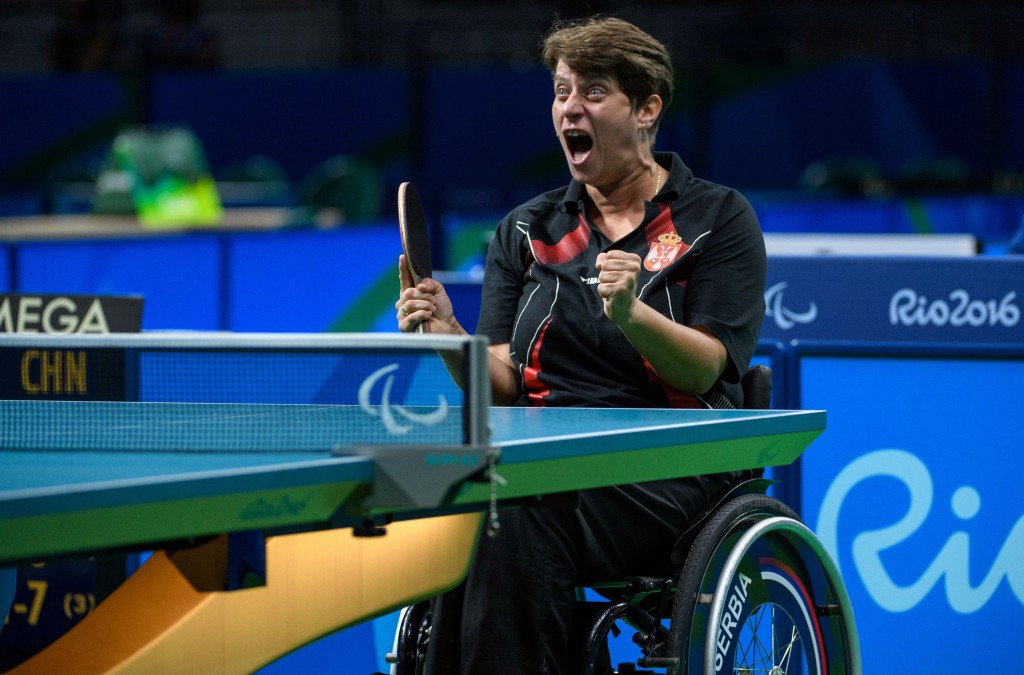 San-Ei will provide the table tennis tables for the 2020 Paralympic Games in Tokyo after signing an agreement with the International Table Tennis Federation (ITTF).

The Japanese manufacturers produced the infinity table, used at both this year's Olympic and Paralympic Games in Rio de Janeiro.

Following the success of the competitions, the ITTF agreed to sign up the manufacturer to repeat remain the official table supplier for Tokyo 2020.

The agreement was brokered by TMS International, with the deal including producing the tables for the Paralympic Games, as well as the Olympics.

"San-Ei will forever be part of table history, after the iconic table at Rio 2016 which we love," said Thomas Weikert, ITTF President.

"The ITTF is very pleased to be continuing this fruitful partnership and I can't wait to see the table that San-Ei will create for Tokyo 2020 to again portray our sport in the best possible light to the world."

Japan failed to qualify athletes to compete in the table tennis at Rio 2016 but, as eyes now turn to Tokyo 2020, they hope to be represented in four year time.

Regardless of home success in four-years’ time, San-Ei President Shin Miura is confident their table will leave an impression on those who watch the Games.

"All of us at San-Ei are proud to be selected as the official table supplier for the Tokyo 2020 Olympic and Paralympic Games, after the success of the Rio 2016 Games," he said.

"As was the case in Rio 2016, the table that we will supply in Tokyo 2020 will be highly tuned for performance and be visually spectacular.

"We promise to go past infinity."