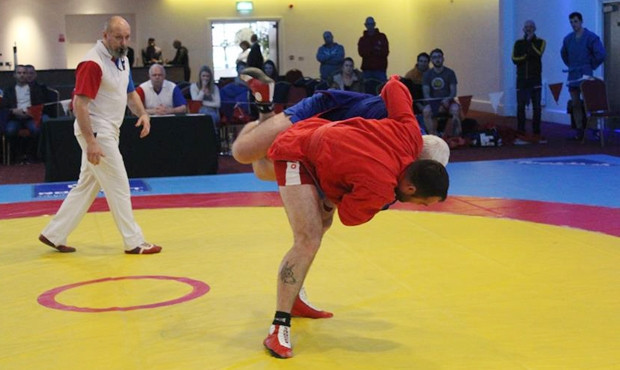 Sambo will feature at the European Games after being included as one of 16 sports at Minsk 2019, but aquatics will not be at on the second edition of the multi-sport event.

The European Olympic Committees (EOC) confirmed here today that athletics would be a central part of the programme, with an agreement having been reached in principle to have a “modern concept” of the sport included at the Games.

On the list includes sambo, which also featured at the 2015 Games in Baku.

Alongside sambo and athletics, archery, badminton, boxing, canoe sprint, cycling, gymnastics, karate, judo and shooting are also on the programme.

Both beach soccer and beach volleyball have also been included, along with 3x3 basketball, table tennis and wrestling.

The sport programme is similar to the inaugural Games, which took place in Azerbaijan’s capital Baku in 2015, where 20 sports were contested.

Aquatics, fencing, taekwondo and triathlon were contested in Baku, but will not feature at Minsk 2019.

Weightlifting, which did not feature at Baku 2015, was believed to have been considered for the Games but has not made the cut.

Acting EOC President Janez Kocijančič confirmed to insidethegames that the of the 16 sports on the programme, 11 will serve as Olympic qualification events.

There had been doubts over athletics and swimming’s participation at the Games, as both of which were of low quality in Baku.

Svein Arne Hansen, President of European Athletics, told insidethegames earlier this year he would hold talks with organisers in order to have more athletics competitions part of the event.

The Norwegian stated European Athletics were working with the organisers on delivering an innovative format for athletics competition at the Games.

An agreement has been reached in principle for athletics to feature and will include street competitions, but Kocijančič confirmed swimming would not feature.

“We are in agreement with European Athletics that athletics will come with full force,” Kocijančič told insidethegames.

“We will mainly concentrate on runs, to jumps and to some elements of a modernisation of athletics, street athletics that youth like.

“We will try to come with a pretty modern concept of athletics.

“In Baku there were two sports which came with the second quality level of sport, one of those was aquatics.

“We didn’t come together and this is also a very expensive sport because you need a lot of swimming pools, so this time they are not in the programme.”

An update was provided to the EOC Executive Board here today, as their second meeting of the year.

EOC officials have expressed their confidence in the Games venues, but upgrades are expected to be made to the proposed Athletes’ Village.

“Where we had some concerns – we resolved the matter – was they have chosen to have the Athletes’ Village in the modern centre, where the students live," Kocijančič said.

“It has to be adapted, with additional investment, and it has to be brought up a level.

“Due to the location of competitions, some athletes will also be located in hotels.”

insidethegames understands George Katulin, the former secretary general of the National Olympic Committee of the Republic of Belarus (NOC RB), will be named director of Minsk 2019.

“Our intention is to create a multi-sport event which will only be second to the Olympic Games,” Kocijančič told insidethegmames.

“We would also like the event to be a product by itself, which will have commercial value.

“We think we can contribute more, if we are more independent.”