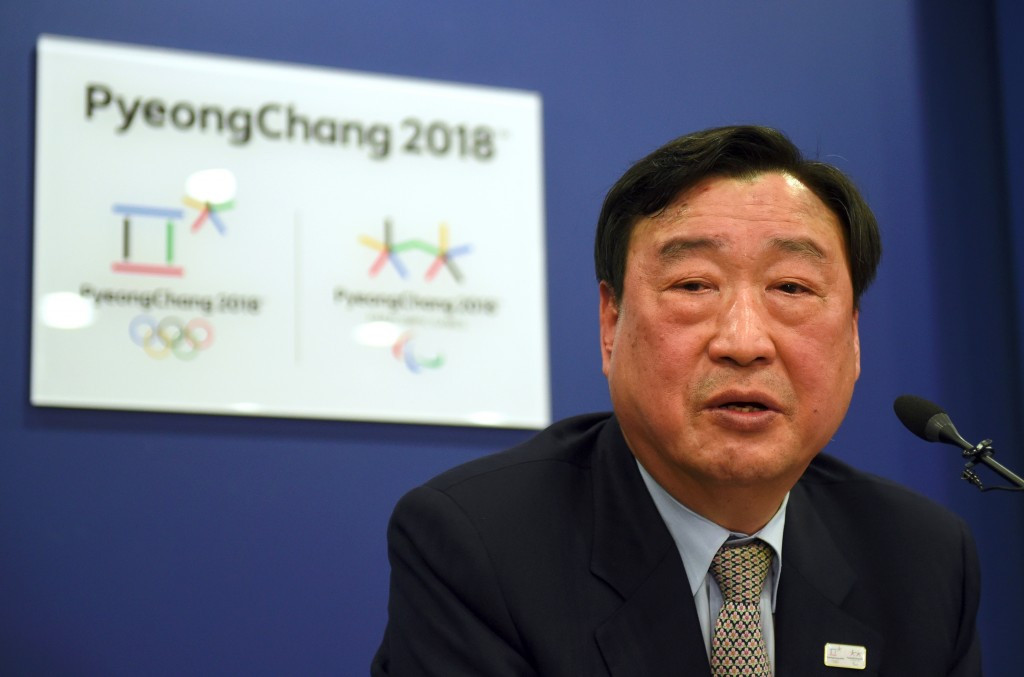 Lee has previously admitted that the political turmoil in the country has disrupted preparations for the Games.

South Korean President Park Geun-hye is currently facing impeachment proceedings, while last month Culture, Sports and Tourism Minister Cho Yoon-sun resigned from her post after being arrested on charges of abuse of authority.

Technology giants Samsung, a key backer of Pyeongchang 2018 and a leading International Olympic Committee (IOC) TOP sponsor, have also been implicated because of alleged links to Choi Soon-sil.

Choi, the 60-year-old advisor of Park who allegedly exerted "undue influence" on policy making, despite having no official Government role, has been accused of swaying the tender process for Pyeongchang 2018 venues.

Lee, who has repeatedly insisted the Games have been free from any corruption, believes the Winter Olympics can help unify the country and provide a boost to the public.

"Due to a series of unsubstantiated rumours, a negative image was attached to the Pyeongchang Winter Olympics," Lee told South Korea's Yonhap News.

"Some even went as far as saying we should give up on hosting the Olympics.

"But fortunately, the prevailing opinion is that we should all try to restore our national pride with the Olympics.

"And we're concentrating only on holding a successful Olympics."

Lee made the comments as Pyeongchang 2018 prepare to mark the one-year to go milestone on Thursday (February 9).

The South Korean county is currently playing host to a packed schedule of test events, with cross-country skiing and Nordic Combined World Cups taking place at the weekend.

Preparations are due to continue by hosting the World Single Distances Speed Skating Championships, as well as freestyle skiing, snowboard and ski jumping World Cups and figure skating, luge and curling events.

Lee acknowledged there had been occasional difficulties at the test events, but he believes they will learn from their mistakes before next year’s Games.

"We can't afford to commit the same mistakes at the Olympics," he said.

"We have to pay attention to every little detail.

"And after each test event, we've been holding post-mortem meetings to discuss what needs to be done in the future."

Lee also expressed his hope of securing further sponsorship deals before the Games.

He also claimed the attendances at the test events had been promising to date and claimed a large number of spectators have come from outside South Korea to watch several of the test events so far.