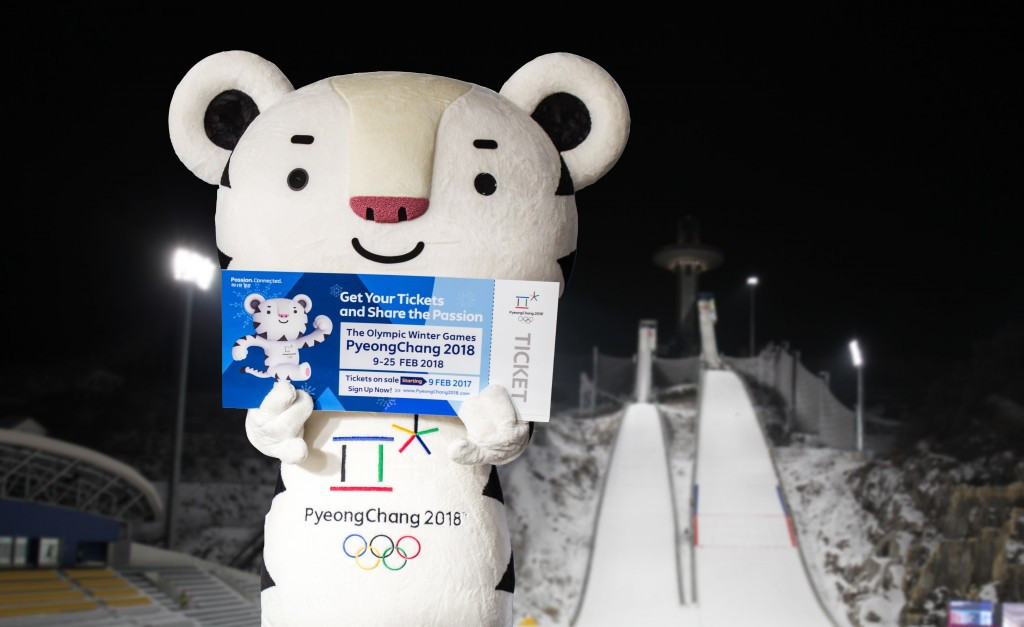 Tickets for the Pyeongchang 2018 Winter Olympics will officially be place on sale tomorrow.

A ticket launch attempting to emulate the "successful strategy" used by Sochi 2014 was discussed at the International Olympic Committee Coordination Commission visit in October.

Organisers are hoping to mirror the approach from four-years ago as they seek to drum up interest across South Korea, with Pyeongchang 2018 having previously been urged to step up their promotion of the Games nationally and internationally.

Pyeongchang 2018 claim tomorrow marks the first step for South Koreans on their path to attending the Games.

“We feel our ticketing slogan of ‘Get your tickets and share the passion’ is a clear way to encourage people to join us in PyeongChang in a year’s time,” said Lee Hee-beom, Pyeongchang 2018 President.

“It is a call to action for them to start planning and to join in with the excitement and wonderful memories that will be created.

“We want everyone to have the opportunity to be part of the first Olympic Winter Games in the Republic of Korea and for them to come and support our national athletes and watch the best Olympic winter athletes from around the world.

“It will be a momentous occasion and something we don’t want you to miss out on.”

The South Korean public will be able to submit their application for tickets from 2pm local time tomorrow, through the official Pyeongchang 2018 ticketing website, which can be found here.

Organisers claim this initial period, which will run until April 23, will give the best chance of securing tickets for the Games, with all sport and ceremony tickets set to be available.

The date of submission will not matter during this initial period, with all applicants due to have the same chance of getting tickets.

Lottery results will be announced from May 8 to 14th via email, giving the public they chance to buy the tickets they have been allocated.

Purchasing of will be done through the official ticketing website, with VISA the only accepted method of payment in South Korea.

Specific seat numbers will be announced in September after the seat allocation is completed, while tickets will then be sold online from September onwards.

PyeongChang 2018 have stated that spectators coming from the rest of the world should contact the National Olympic Committee of their country or its official Authorised Ticket Reseller (ATR) for more information about tickets here.

Organisers state that there will be plenty of drama and excitement to witness across all the venues in the mountain and coastal clusters during the Games, which will take place from February 9 to 25.

A host of cultural events, exhibitions and an array of performances will also take place during the Games, with claims the Gangwon Province will come alive with music, theatre, song and dance.

Medal ceremonies will all be held at the Pyeongchang Olympic Plaza, with event ticket holders able to watch the athletes take their place on the podium.

This is as a result of ticket holders being given same-day access to the Olympic Park and Olympic Plaza.

There will also be large screens at the Olympic Plaza and the Gangneung Olympic Park for people to watch key competitions from afar.