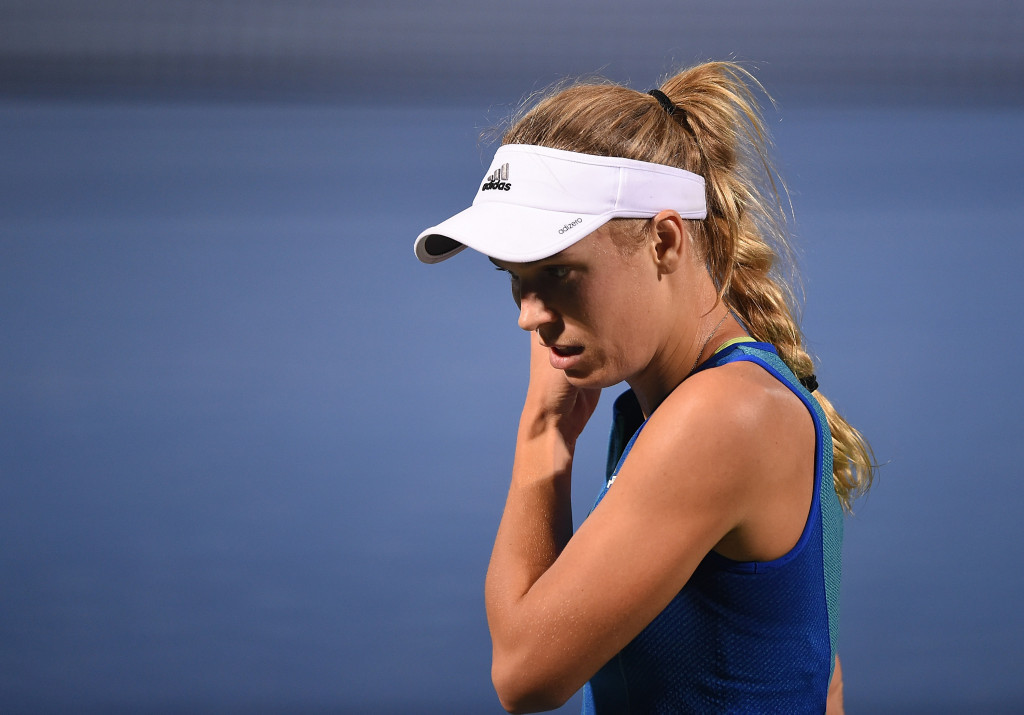 Banned Russian tennis star Maria Sharapova being granted a wildcard for an event in Stuttgart in April is "disrespectful", Denmark's Caroline Wozniacki has claimed.

Sharapova is due to make her return to competitive tennis at the event in the German city, after serving a 15-month ban for testing positive for meldonium.

The Porsche Grand Prix starts two days before her ban expires on April 26 and Sharapova will not be allowed to attend the tournament until the day of her first match.

The 29-year-old will take to the court at the competition, which is sponsored by her main commercial partner, without a ranking.

"Obviously rules are twisted and turned in favour of who wants to do what," Wozniacki, a former world number one, said to the BBC.

"I think everyone deserves a second chance, but at the same time, I feel like when a player is banned for drugs, I think that someone should start from the bottom and fight their way back.

"I think it's very questionable allowing - no matter who it is - a player that is still banned to play a tournament that week.

"From the tournament side, it's disrespectful to the other players and the Women's Tennis Association (WTA)."

Sharapova being given wildcards for tournaments - she has been granted two others for events in Madrid and Rome in May - has divided opinion within the tennis world and on the WTA circuit.

Earlier this month, men's world number one Sir Andy Murray told British newspaper The Times that players who come back from drugs bans should feature at tournaments only on merit.

US Open champion Angelique Kerber, who is braced to become the world number one after Serena Williams pulled out of the ongoing Indian Wells Masters, claimed it was "a little bit strange for the other players that somebody can just walk on site Wednesday and play Wednesday".

A tweet from the WTA account, linking an article on Sharapova's imminent return to tennis, which read "Tennis needs Maria" sparked controversy on social media.

French player Alize Cornet responded with "excuse me?", although her tweet and the one from the WTA have since been deleted.

It was claimed the line used on Twitter by the WTA was not representative of the content of the article.

Romanian Simona Halep has, however, spoken out in favour of Sharapova, claiming her return was "good for tennis".

Newly-elected French Tennis Federation President Bernard Giudicelli hinted the Russian may not be granted a wildcard at the French Open, with the Grand Slam beginning with qualification on May 22.

She has won five Grand Slam titles in her career as well as the Olympic silver medal at London 2012.