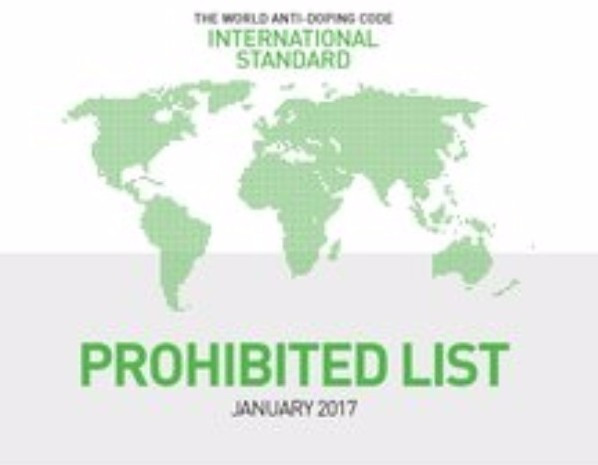 Many International Federations and National Olympic Committee have posted reminders of how the list is applicable from today in a bid to avoid a repeat of the mass failures which followed the addition of meldonium to the 2016 list.

Swimmer Yulia Efimova and tennis superstar Maria Sharapova were among dozens of top Russian and Eastern European stars to fail for the heart medication, which it is claimed boosts endurance.

Many, including Sharapova, claimed they were not aware that the product had been outlawed.

Arimistane, also described as androsta-3,5-diene-7,17-dione, is thought to be the substance most likely to lead to mass failures after being added to the list of banned hormone and metabolic modulator.

The substance is freely available in over-the-counter supplements in many parts of the world and is used to lower estrogen levels, which can also contribute to the stimulation of muscle growth.

Specific warnings about the changes have been placed on the website of the All-Russian Swimming Federation and other national governing bodies.

The new list, which has been published online since September, also makes clear that salbutomol, salmertor and formoterol are the only permitted "beta-2agonists" which can be used to treat asthma.

Clearer criteria have been introduced to define how these products can be used legally.

Inhaled salbutamol is permitted at a maximum level of 1,600 micrograms over 24 hours, or 800 micrograms every 12 hours.