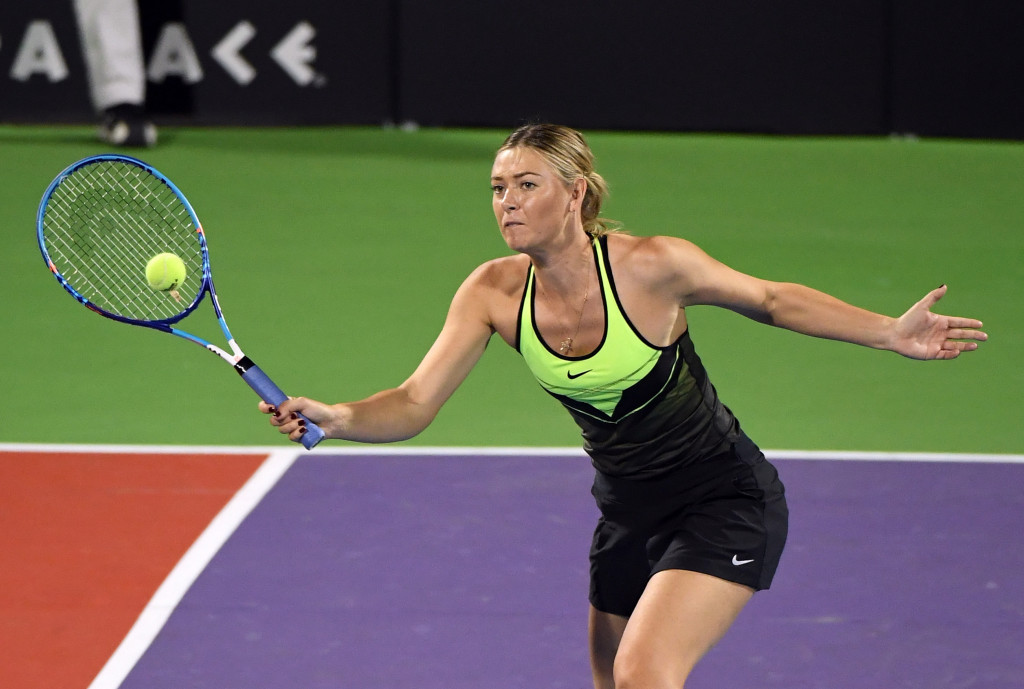 Russia's Maria Sharapova has been handed a wildcard into the main draw of the women's singles competition at the Women's Tennis Association (WTA) Internazionali BNL d'Italia tournament, due to be held in Rome in May.

The 29-year-old will return to competitive action on a tennis court at the Porsche Tennis Grand Prix in Stuttgart following her 15-month drugs ban, with play due to begin in the German city on April 26, the same day her suspension is lifted.

She has also already been guaranteed a wild card into a tournament in Madrid, between May 6 and 13.

Sharapova, a former world number one who has completed a career Grand Slam by winning all four major competitions in Australia, France, the United States and Wimbledon, was given a two-year ban on January 26 last year for violating anti-doping regulations.

The London 2012 Olympic Games women’s singles silver medallist tested positive for meldonium, a substance which had only been banned by the World Anti-Doping Agency (WADA) on January 1 of 2016.

In June, Sharapova appealed against the suspension at the Court of Arbitration for Sport (CAS) and, following a hearing, the time period was cut from two years to 15 months.

The 2017 edition will take place between May 15 and 21 at Foro Italico in northern Rome.

The clay court tournament in the Italian capital will take place just two weeks before the second major of the year, the French Open.

Sharapova is likely to need a wild card in order to play at Roland Garros and is likely to face a similar situation at Wimbledon, as her ranking will not be good enough.

Great Britain's Andy Murray, the current world number one, has been a vocal critic of anti-doping in tennis and believes Sharapova should only get a place at Wimbledon on merit.

"I think you should really have to work your way back," Murray told The Times.

"The majority of tournaments are going to do what they think is best for their event.

"If they think having big names there is going to sell more seats, then they're going to do that.

"She [Sharapova] has an opportunity to try to improve her ranking and potentially not need a wild card [for Wimbledon].

"But then if she doesn't, that becomes Wimbledon's decision and how they want to play that.

"I'm sure they'll think long and hard about it and how they feel people will view it and then make the right decision for them."