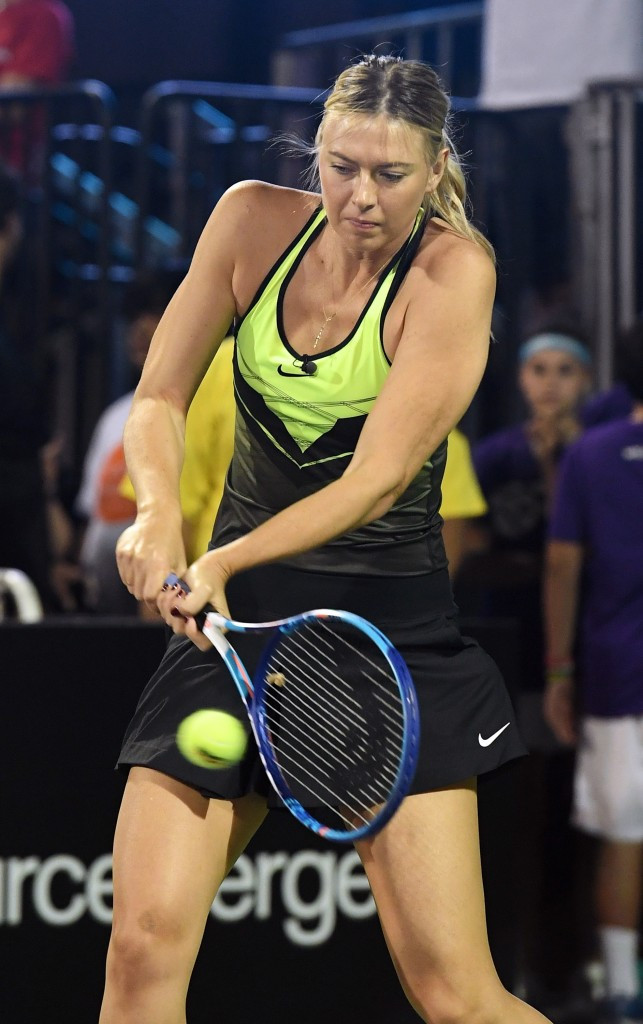 Maria Sharapova is set to resume her role as a United Nations Goodwill Ambassador when her doping ban draws to a close in April.

The Russian had held the role with the UN Development Programme (UNDP) since 2007, but it was placed on hold after she admitted to testing positive for the banned substance meldonium in March.

A spokesperson for the UNDP, which works towards the eradication of poverty, stated at the time they were “grateful to Maria Sharapova for her support of our work, especially around the Chernobyl nuclear disaster recovery".

The five-time Grand Slam champion ultimately missed out on competing for Russia at the Rio 2016 Olympic Games having been handed a two-year ban from tennis.

Her sanction was reduced to 15 months by the Court of Arbitration for Sport in October, leaving her free to return to the sport in April of next year.

Sharapova now appears set to resume her role when her sanction concludes and she is able to return to competition.

"UNDP was glad to learn that Maria Sharapova can return to the sport she loves sooner than expected and we will lift the suspension of her role as our Goodwill Ambassador once the reduced ban expires in April 2017," a UN statement read.

"We understand that Ms Sharapova will be focused on resuming her tennis career and we look forward to discussing her role and engagement with UNDP at an appropriate date."

Those appointed as goodwill ambassadors are considered people of "integrity" who are at the top of their field.

Footballers Didier Drogba, Zinedine Zidane and Ronaldo are among other ambassadors from the world of sport, while actor Antonio Banderas and the Crown Prince Haakon Magnus of Norway are also serving in the role.

Sharapova returned to the tennis court for two exhibition matches in October, her first appearance since her positive test at the Australian Open in January.