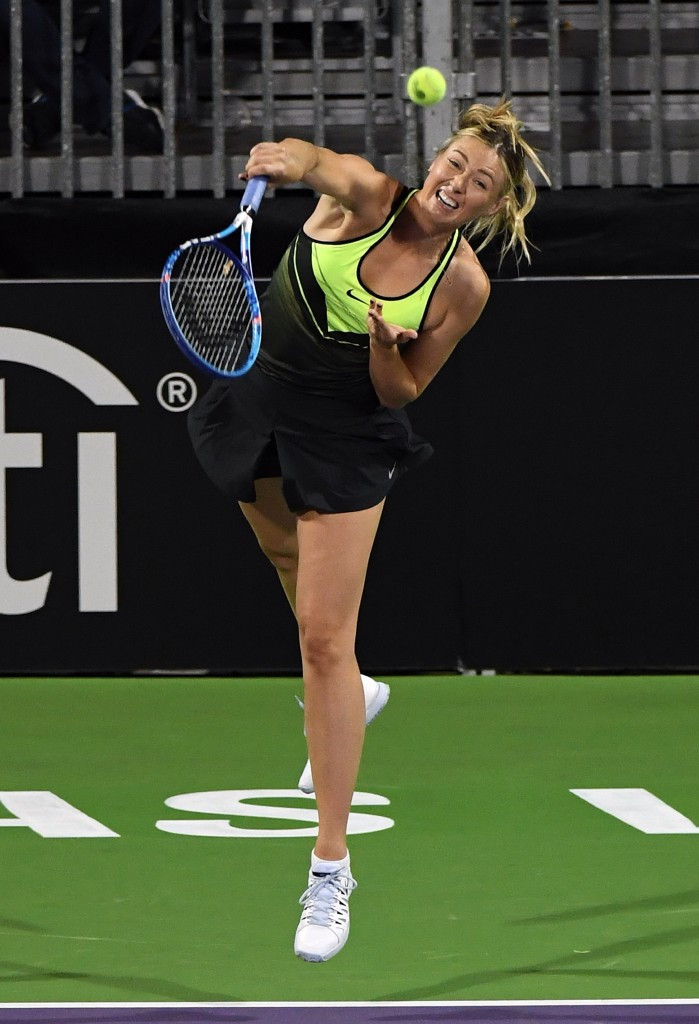 Maria Sharapova has been cleared to participate in exhibition matches as this is not against the rules of her doping ban, the International Tennis Federation (ITF) has said.

Sharapova returned to the tennis court for two exhibition matches yesterday, her first appearance since testing positive for the banned substance meldonium at the Australian Open in January.

It came after her two-year ban for failing the drugs test was reduced to 15 months after an appeal to the Court of Arbitration for Sport (CAS).

She originally faced a punishment that ruled her out of action until January 2018, but will now be able to return in a professional capacity in April.

That means the five-time Grand Slam champion will be able to play in the French Open.

"Exhibition events are not covered events under the Tennis Anti-Doping Programme so Sharapova is able to participate," the ITF said in a statement to TASS.

Sharapova admitted to using meldonium after it was added to the World Anti-Doping Agency (WADA) prohibited list from January 1, but claimed she took it for health reasons stretching back to 2006.

The CAS Panel disagreed, however, claiming she "bore some degree of fault" and, therefore, deemed a 15-month suspension, effective from January 26 of this year, "appropriate".

They also stressed in the decision that "under no circumstances can the player be considered to be an intentional doper".

The Russian, the Olympic silver medallist in the singles at London 2012, is the most famous of a spate of sporting stars who have failed for meldonium.

The Latvian heart attack drug has never been far from controversy with the World Anti-Doping Agency (WADA) forced to issue clarifications after doubts about how long the substance remains in the human body.

This followed a number of athletes who failed claiming that they had stopped taking meldonium before the January 1 deadline.

Sharapova went on the offensive after the CAS verdict, saying: "Now that this process is over, I hope the ITF and other relevant tennis anti-doping authorities will study what these other Federations did, so that no other tennis player will have to go through what I went through."

The ITF defended itself with its own statement, saying: "The ITF believes that the appropriate steps were taken to publicise the changes to the 2016 prohibited list."