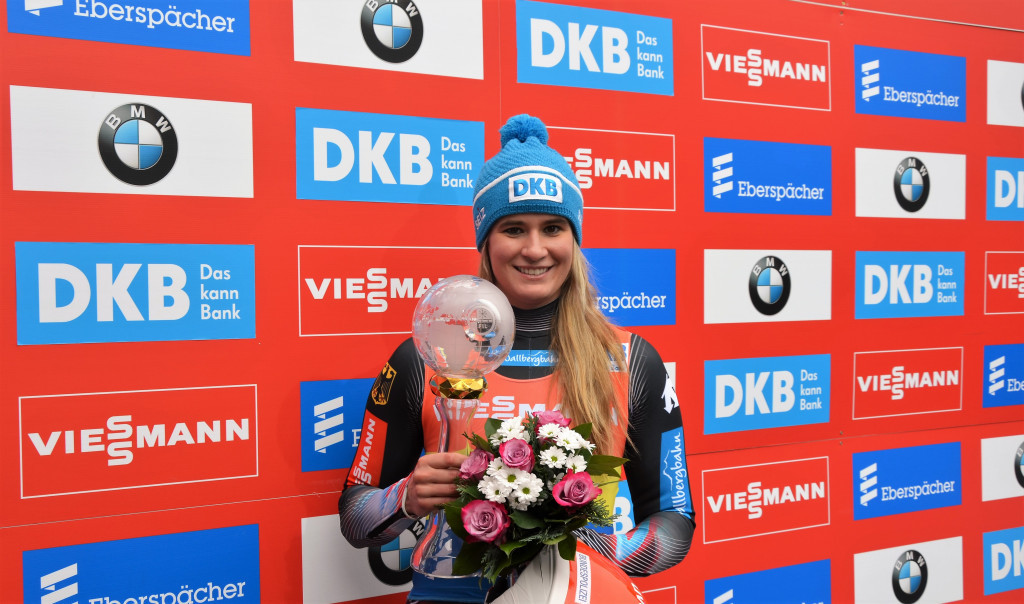 The 29-year-old, who had already sealed a fifth consecutive overall World Cup title prior to the race, posted a combined time of 1 min 44.364sec.

It bettered that of nearest challenger Tatjana Hüfner by 0.071sec and third-placed Dajana Eitberger by 0.186.

"The season didn’t go badly at all," Geisenberger said after securing her fifth win of the season.

Today’s victory comes just less than a month after an uncharacteristically sloppy first run by Geisenberger cost her a place on the podium at the World Championships in Igls in Austria.

"Of course, the World Championships were a bit of a disappointment, but I successfully held onto the overall World Cup and have now won five World Cups," she added.

The track record was broken a total of four times in today's first run, with Geisenberger ultimately setting the new time to beat at 52.185.

During the second heat, Hüfner pushed it down further to 52.175.

Geisenberger finished the season on 982 points after the 12 stages, 117 more than Hüfner in second.

Russia’s Tatyana Ivanova, who came fourth today, was 299 off the pace in third.

Having wrapped up the women’s crown, Geisenberger went onto help Germany wrap up the team relay title later in the day.

The team, which also featured Felix Loch, Toni Eggert and Sascha Benecken, clocked a combined time of 2:23.021 to secure a fourth successive win in the event.

Latvia’s Eliza Cauce, Kristers Aparjods, Andris Sics and Juris Sics were 0.125 behind in the runners-up spot, while Russia’s Ivanova, Roman Repilov, Vladislav Yuzhakov and Iurii Prokhorov were 0.209 back in third.

In the overall standings, Germany’s total of 531 was 126 more than second-placed Latvia.

Third place went to Russia, 136 behind.