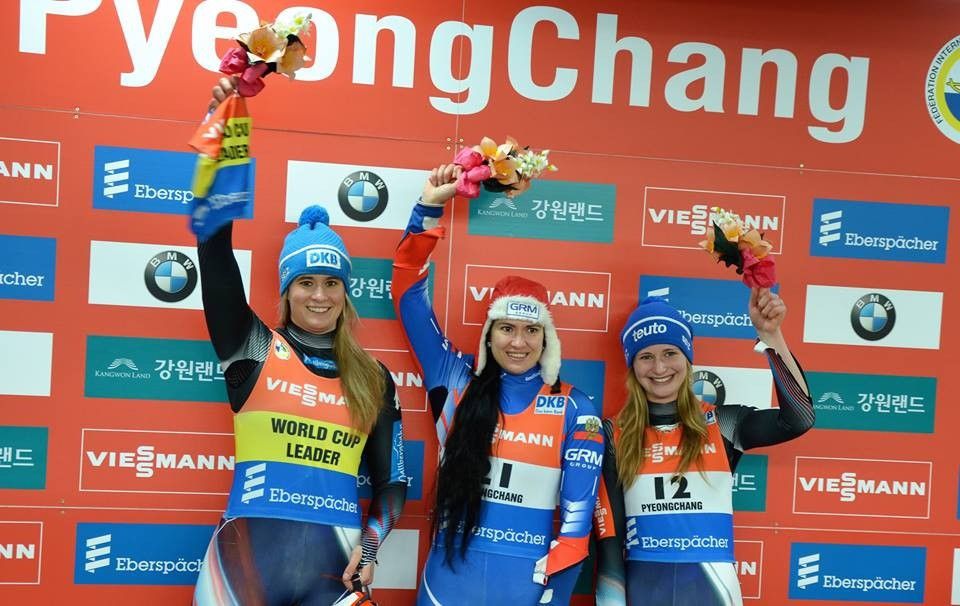 The penultimate leg of the World Cup season is also being used as a test event for the Pyeongchang 2018 Winter Olympics.

Ivanova impressed on the course, but only had the third fastest time after her first run, with the Russian clocking 46.856sec.

She was left trailing behind Geisenberger and Julia Taubitz, who achieved times of 46.795 and 46.825 respectively.

The Russian would hit back on the second run as she achieved the fastest run of the day, crossing the line in a time of 46.792.

It gave her a combined time of 1min 33.648sec, which would be enough to beat Geisenberger by a narrow margin of 0.046.

The second place finish was enough for Geisenberger to be confirmed as the overall World Cup winner, with the penultimate event in Altenberg next week.

Taubitz, who qualified for the World Cup event by winning yesterday’s Nations Cup, completed a fine two-days work by finishing in third place in a time of 1:33.910.

There would be German success in the doubles competition, with Toni Eggert and Sascha Benecken secured the overall World Cup title with another triumph.

The duo, who are the reigning world champions, ended in a time of 1:33.581 to claim the victory in the discipline.

“When you win gold in the World Championships and then secure the overall win in the World Cup then you are fully justified in calling yourself the best pairing in the world right now,” Benecken said afterwards.

Their compatriots Tobias Wendl and Tobias Arlt finished as the runners-up in 1:33.793, with an all-German podium rounded off by Robin Geueke and David Gamm.

The pairing recorded a combined time of 1:33.831 for their two runs.