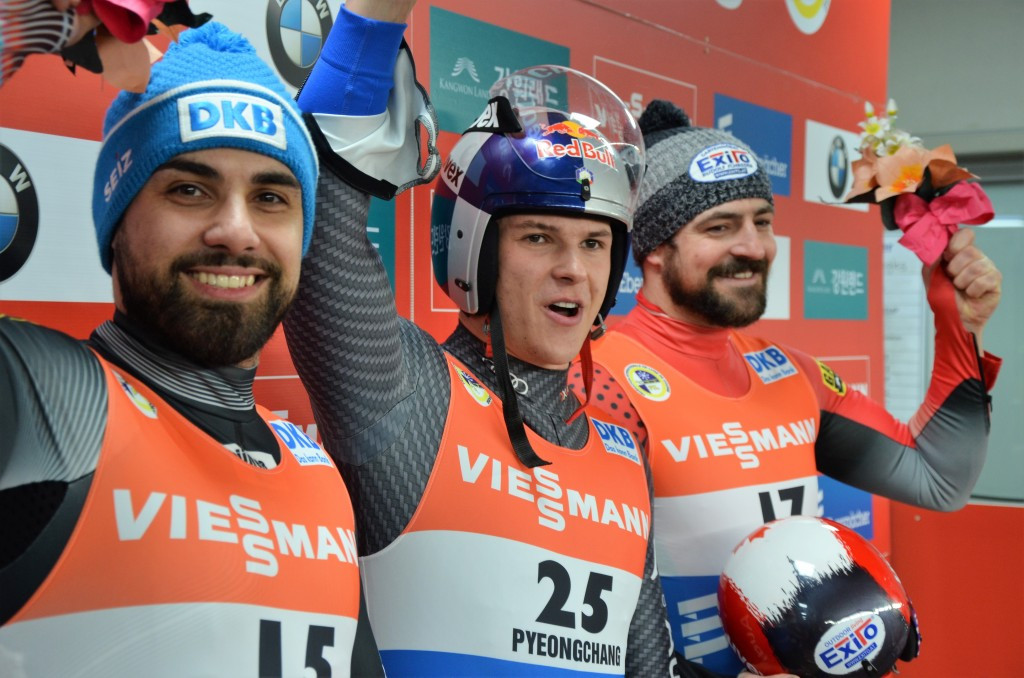 The penultimate leg of the World Cup season is also being used as a test event for the Pyeongchang 2018 Winter Olympics.

A bronze medallist at the World Championships in Innsbruck, Fischnaller won in 1min 37.229secs with a 0.149-second lead over Andi Langenhan of Germany.

Sam Edeny of Canada, who didn’t compete last season due to his studies, managed to return to the podium for the first time since coming back by finishing in third place in 1:37.694.

"You have to get to two good runs in to get a lead here.

"Fortunately I managed that, but I had a lot of luck on my side.

"You can’t read too much into the win here today in terms of next year.

"Though, of course, I would be delighted to end up back on the podium.”

Overall World Cup leader Roman Repilov of Russia was forced to settle for 28th place after a woeful opening run.

World Champion Wolfgang Kindl of Austria also suffered a disappointing display but managed to come back to finish in tenth place.

Double Olympic champion Felix Loch of Germany was forced to miss out completely due to a bout of the flu.

Repilov continues to lead the overall standings with 745 points ahead of his team mate Semen Pavlichenko on 674.

Loch completes the top three on 663.

Completing the podium was the Latvian squad of Ulla Zirne, Kristers Aparjods and Juris and Andris Sics who posted a time of 2:29.612.

The ninth and final stop in the Viessmann World Cup is set to take place in Altenberg in Germany next weekend on February 25 and 26.