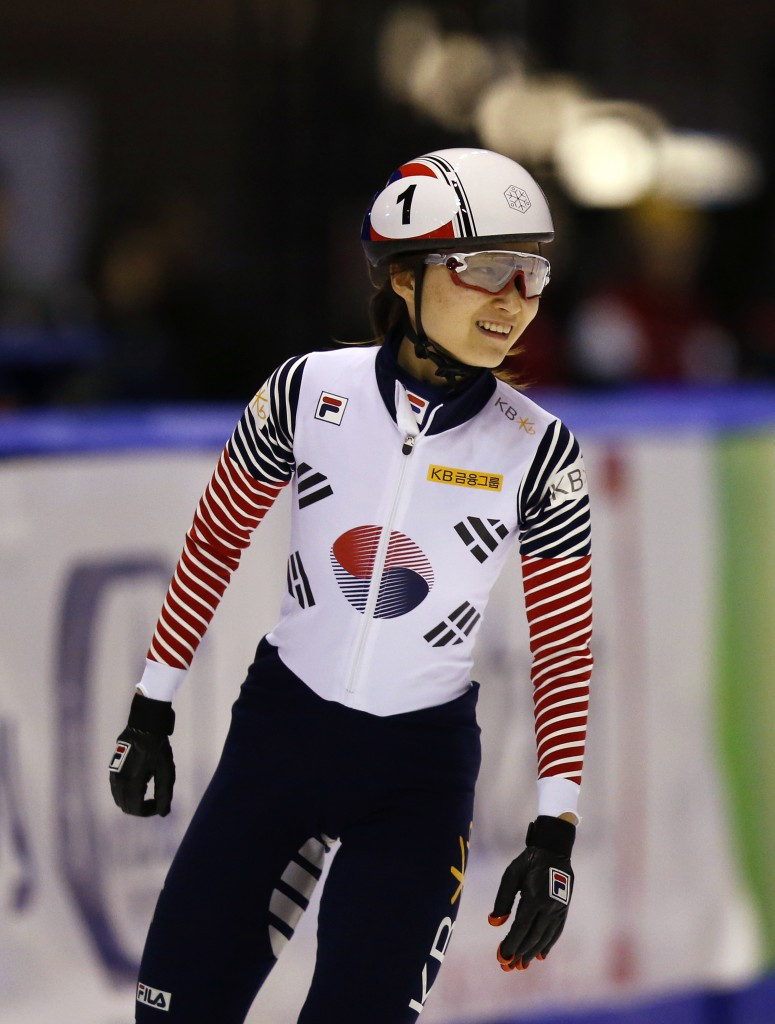 Three world records were broken on an exciting second day of action at the International Skating Union (ISU) Short Track World Cup at the Olympic Oval in Salt Lake City.

The 18-year-old South Korean, a seven-time world champion, then backed that up in a much slower and tactical final, claiming the gold medal in a more sedate 2:44.320.

Choi took control of the race with six laps to go and came home in front of two Canadians, with Marianne St-Gelais clinching silver in 2:44.386.

In the men's 1500m race, Samuel Girard of Canada won a second World Cup gold in as many weekends after he took control of the final with three laps remaining.

Girard won over 500m at his home event in Calgary and was in fine form over three times the distance, clocking 2:11.620.

Hungary's world 500m champion Shaolin Sandor Liu was second in 2:11.807 with American John-Henry Krueger third in 2:11.898 for bronze in front of his own fans.

Another world record fell in the men's 1000m but South Korea's Daeheon Hwang could not win the overall title.

He set a time of 1.20.875 in the repechage quarter-finals but took silver behind team-mate Kyoungwon Lim during the race for the medals.

Bronze went to France and Thibaut Fauconnet who finished in 1:23.187.

It meant Dutch skater Suzanne Schulting had to settle for silver in 1:29.882 with bronze going to Zsofia Konya of Hungary in 1:30.146.

They will be favourites for gold when action resumes tomorrow, with the schedule also including the men's 5,000m relay final.

Individual golds will be won in the men's and women's 500m and the second 1500m events.