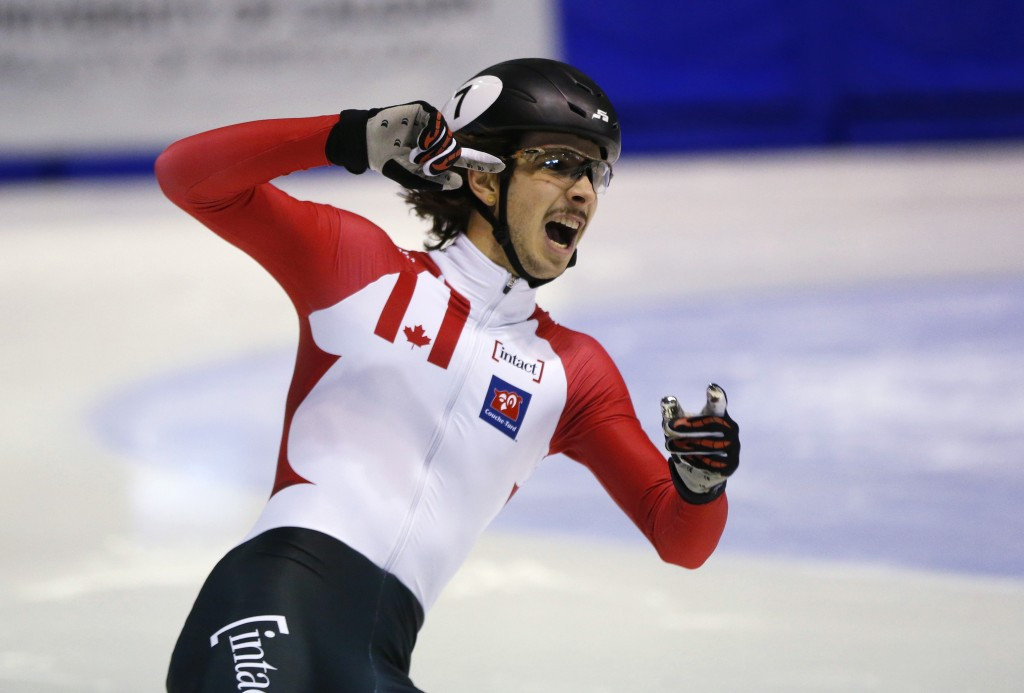 Samuel Girard delighted the home crowd with 500 metres victory at the first leg of the International Skating Union (ISU) Short Track World Cup season at the Olympic Oval in Calgary.

The Canadian, a double silver medallist at the World Championships in Seoul this year, clocked 40.125sec to finish ahead of China's Dajing Wu, who finished in 40.220.

Fan, an Olympic silver medallist over 1,000m, finished in 44.096 with Canada's Kassandra Bradette disqualified for causing the crash which took out her team-mate St-Gelais and Italian Fontana.

Triple Olympic silver medallist St-Gelais recovered to cross the line second but Fontana did not finish.

Choi, the defending overall World Cup champion and a seven-time world champion, had been favourite but it was Shim who triumphed in 2min 23.359sec.

Sjinkie Knegt of The Netherlands won the men's 1,500m, taking the lead with a lap to go from Israel's Vladislav Bykanov.

Russia's Semen Elistratov finished in 2:13.744 for the bronze medal.

The opening World Cup leg is due to conclude in the 1988 Winter Olympic host city tomorrow, with the second 500m finals for men and women as well as the concluding races over 1,000m.