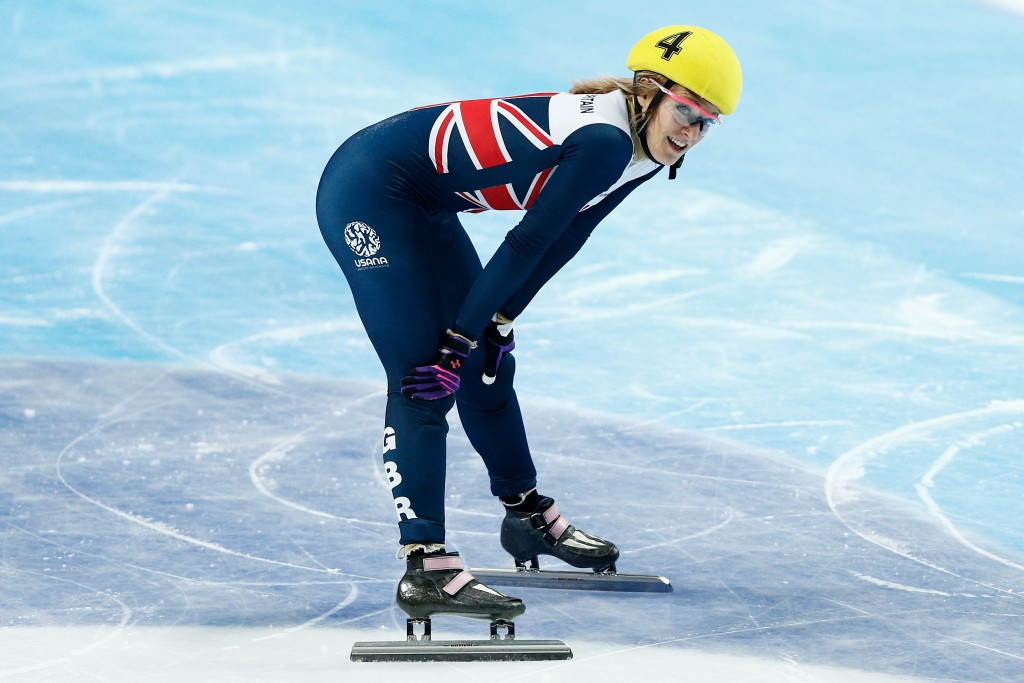 Britain's Elise Christie was among the heat winners in the women's 500 metres as qualification races opened the second leg of the International Skating Union (ISU) Short Track World Cup at the Utah Olympic Oval in Salt Lake City.

Christie triumphed in the second 500m competition held during last weekend's season opener in Canadian city Calgary, and came through her heat today in a time of 42.945sec.

The eight-time World Championship medallist was joined as a heat winner by China's Fan Kexin, the Olympic silver medallist over 1000m, who clocked 42.781sec to win her race.

Canada's triple Olympic silver medallist Marianne St-Gelais was another qualifier as she won her race in 43.045sec.

In the men's 500m, Hungary's world champion Shaolin Sandor Liu, a winner in Calgary, won his heat in 40.848sec to easily progress to the next stage.

Canada's Charles Hamelin, who won over the sprint distance at the Vancouver 2010 Olympics, also made it through as a winner and was timed at 41.529sec.

China's double Olympic medallist Han Tianyu joined him in the next round by winning in 41.684sec.

In 1000m competition, Canada's Charle Cournoyer backed up his home gold in Calgary by coming through to win his heat in 1min 25.439sec.

Other heat winners included China's Wu Dajing, who has two Olympic medals, and Kazakhstan's Denis Nikisha with the pair triumphing in 1:25.439 and 1:26.492 respectively.

In relay action, South Korea were the quickest qualifiers in the men's 5,000m heats, with China fastest in women's 3,000m action.

Competition continues tomorrow where champions will be crowned in the men's and women's 1500m and 1000m.