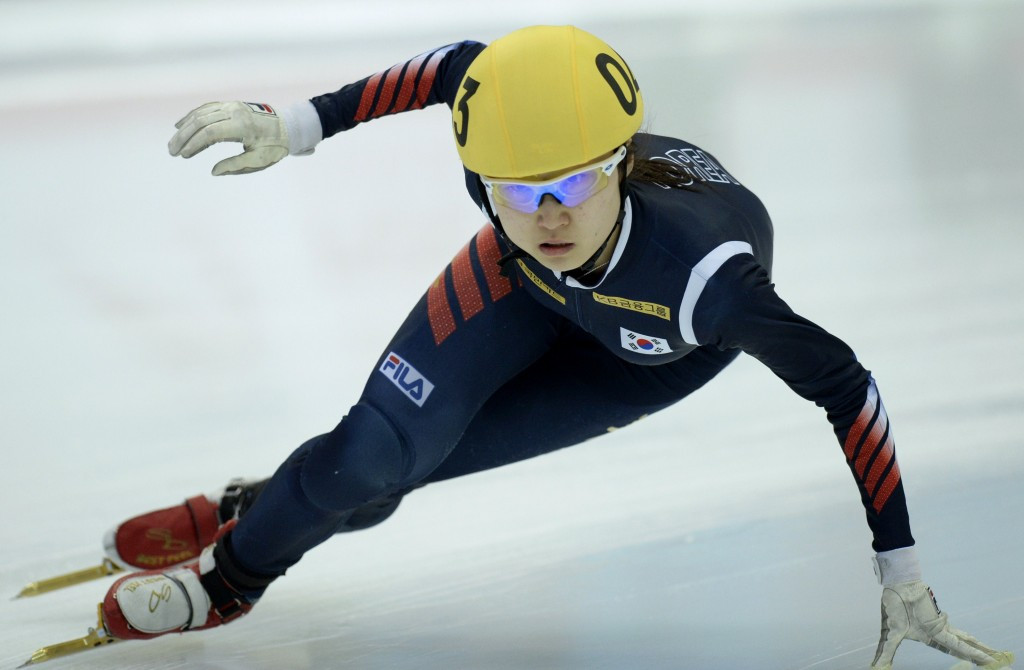 The 18-year-old South Korean won her 1500 metres heat in a time of 2min 29.325sec to advance into tomorrow's semi-finals at the Olympic Oval.

The seven-time world champion then also advanced over 1000m, clocking 1:32.005 as she again won her heat.

It was also a good day on home ice for Canadian Marianne St-Gelais who progressed with heat victories over 500 and 1000m.

Over the shorter distance she was a heat winner in 43.152sec, with the triple Olympic silver medallist again coming first in the 1000m in 1:31.968.

Britain's Elise Christie, who has eight World Championship medals, didn't record a time in her opening 500m heat but went through at the second attempt by winning her second race in 42.761sec.