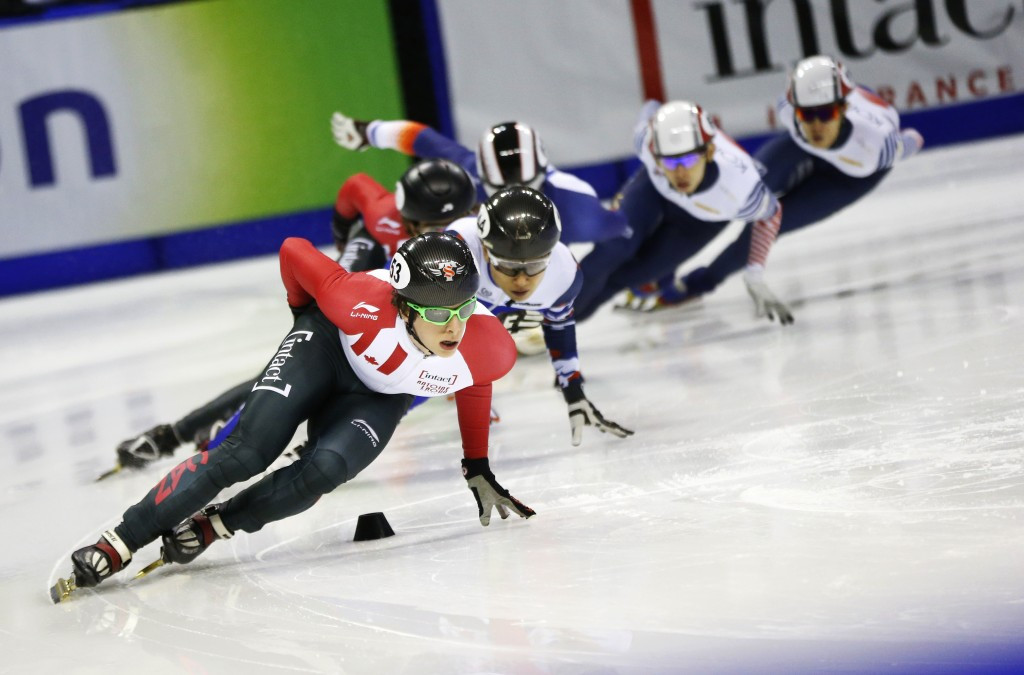 Charle Cournoyer provided the home crowd with cause for celebration when he earned the men’s 1,000 metres gold at the opening (ISU) Short Track World Cup season at the Olympic Oval in Calgary.

The Canadian contested the victory with his team-mate Samuel Girard but emerged as the winner in a time of 1min 23.691sec.

It was Girard's second medal of the weekend having already triumphed in the 500 metres yesterday.

The podium places were completed by Shaoang Liu, the Hungarian finishing in a time of 1:24.520.

He had been forced to hold off a later challenge from Russia’s Semen Elistratov, who finished just 0.12 behind.

The Netherlands’ Sjinkie Knegt won the battle for the bronze medal in the event, edging out Kazakhstan’s Denis Nikisha.

Britain's Elise Christie triumphed in the women’s event after leading the final from start to finish, finishing in 42.565.

Canada’s Jamie McDonald and Yara van Kerkhof completed the podium positions in the second 500m of the weekend.

There was further success for South Korea in the women’s 3,000m relay, their squad achieving a world record time of 4:05.350 to beat The Netherlands and Hungary, second and third respectively.

Hungary earned another gold medal in the men’s 5,000m event, their squad finishing in a time of 6:41.460 to beat The Netherlands.

The bronze medal race was won by South Korea after they saw off the challenge of hosts Canada.