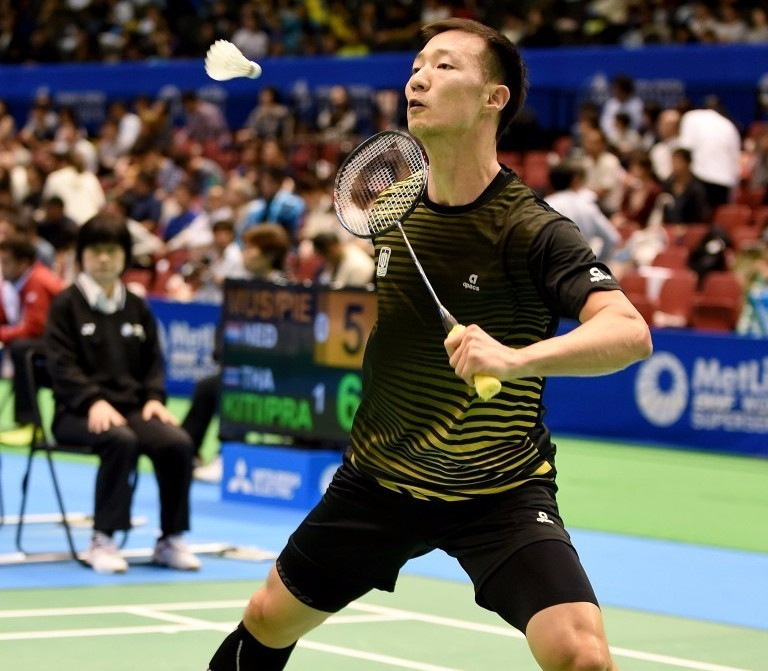 Lee triumphed 21-17, 21-15 over his eighth-seeded opponent from Hong Kong to set up a showdown with China’s Shi Yuqi, a 21-7, 21-15 winner over Chinese Taipei’s Hsu Jen Hao at this Superseries tournament today.

The two seeded players in the women’s singles semi-finals were also beaten as fifth-ranked Sung Ji Hyun of South Korea lost to China’s He Bingjiao 25-27, 17-21 and seventh-ranked Sun Yu of China fell to 19-21, 15-21 defeat at the hands of the United States’ Zhang Beiwen.

Awaiting them in the final are Thailand’s Bodin Isara and Nipitphon Phuangphuapet - 21-18, 17-21, 21-19 victors at the expense of eighth seeds Angga Pratama and Ricky Karanda Suwardi.

Arguably the biggest shock of the day came in the women’s doubles as top seeds Ayaka Takahashi and Misaki Matsutomo of Japan lost 21-16, 27-29, 15-21 to the unseeded Chinese pairing of Chen Qingchen and Jia Yifan.

Next up for Chen and Jia are South Korea’s Chang Ye Na and Lee So Hee after the sixth seeds overcame China’s Huang Dongping and Li Yinhui 21-14, 21-18.

Seventh seeds Zheng Siwei and Chen will be vying to stop them having booked their place in the final with a 21-15, 21-19 win over eighth-seeded compatriots Zhang Nan and Li.

Action in the French capital, a candidate city for the 2024 Olympic and Paralympic Games, is due to conclude tomorrow.