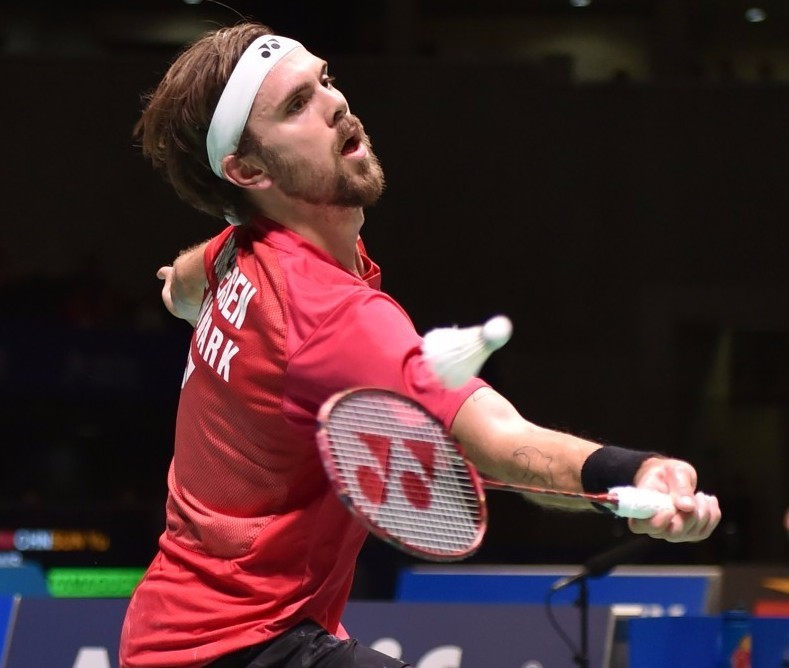 The Dane fell to a 25-27, 12-21 defeat to Ng, who goes on to face South Korea’s Lee Hyun Il in tomorrow’s men's singles semi-finals of this Superseries tournament.

Chou’s compatriot Tai Tzu Ying was the most notable casualty in the women’s singles event as the fourth seed lost 15-21, 21-5, 15-21 to fifth seed Sung Ji Hyun of South Korea.

In men’s doubles, number two seeds Mathias Boe and Carsten Mogensen of Denmark remain on course for the title thanks to a 21-16, 21-12 win over Japan’s Keigo Sonoda and Takeshi Kamura.

There was disappointment, though, for fellow Danes Christinna Pedersen and Kamilla Rytter Juhl, who missed out on a place in the women’s doubles semi-finals after surprisingly being beaten 19-21, 19-21 by China’s Chen Qingchen and Jia Yifan.

The third seeds were eliminated along with fourth seeds Greysia Polii and Nitya Krishinda Maheswari, the Indonesians losing 21-18, 12-21, 13-21 to China’s Huang Dongping and Li Yinhui.

Action in the French capital, a candidate city for the 2024 Olympic and Paralympic Games, is due to continue tomorrow.