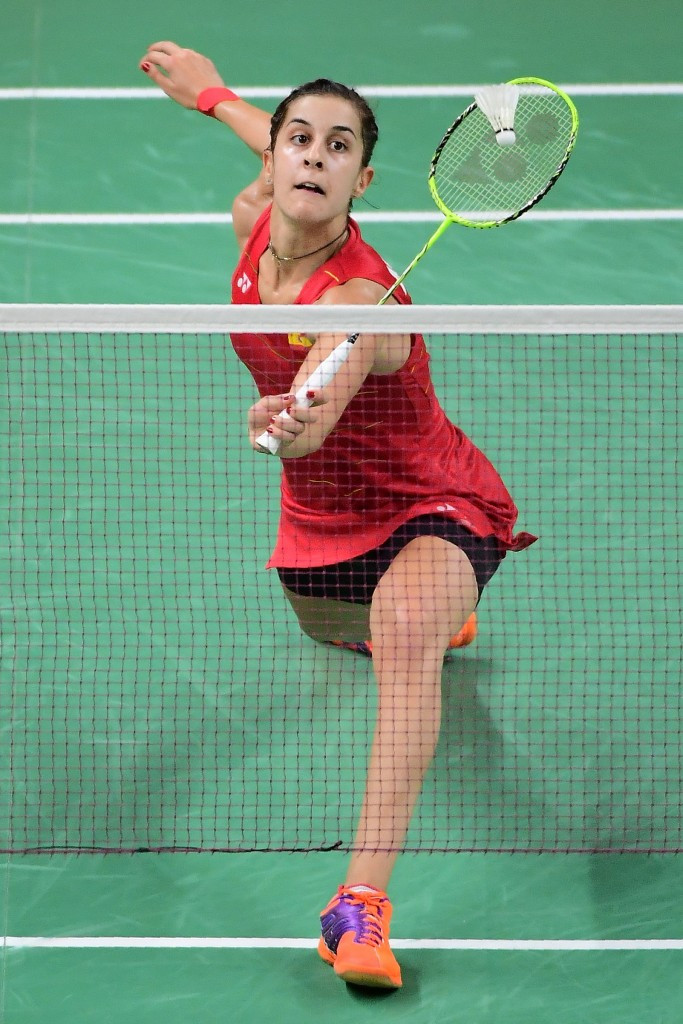 Olympic and world champion Carolina Marin was eliminated from the Yonex Denmark Open today after losing her semi-final clash with eighth seed Akane Yamaguchi of Japan at the Arena Fyn in Odense.

Awaiting him in the final is Thailand’s Tanongsak Saensomboonsuk, who defeated France’s Brice Leverdez - the conqueror of top seed Lee Chong Wei of Malaysia - 21-9, 21-13.

Standing between them and the title are number two seeds Jung Kyung Eun and Shin Seung Chan of South Korea, who beat third seeds Greysia Polii and Nitya Krishinda Maheswari of Indonesia 21-13, 26-24.

There was disappointment for the home crowd in the men’s doubles as second seeds Mathias Boe and Carsten Mogensen lost 22-20, 15-21, 11-21 to fourth seeds V Shem Goh and Wee Kiong Tan of Malaysia.

Next up for Goh and Tan are Thailand’s Bodin Isara and Nipitphon Phuangphuapet, who defeated seventh seeds Angga Pratama and Ricky Karanda Suwardi of Indonesia 21-11, 21-18.

The mixed doubles final will feature Denmark’s Joachim Fischer Nielsen and Christinna Pedersen and China’s Zheng Siwei and Chen Qingchen after both pairings got the better of higher-seeded opposition.