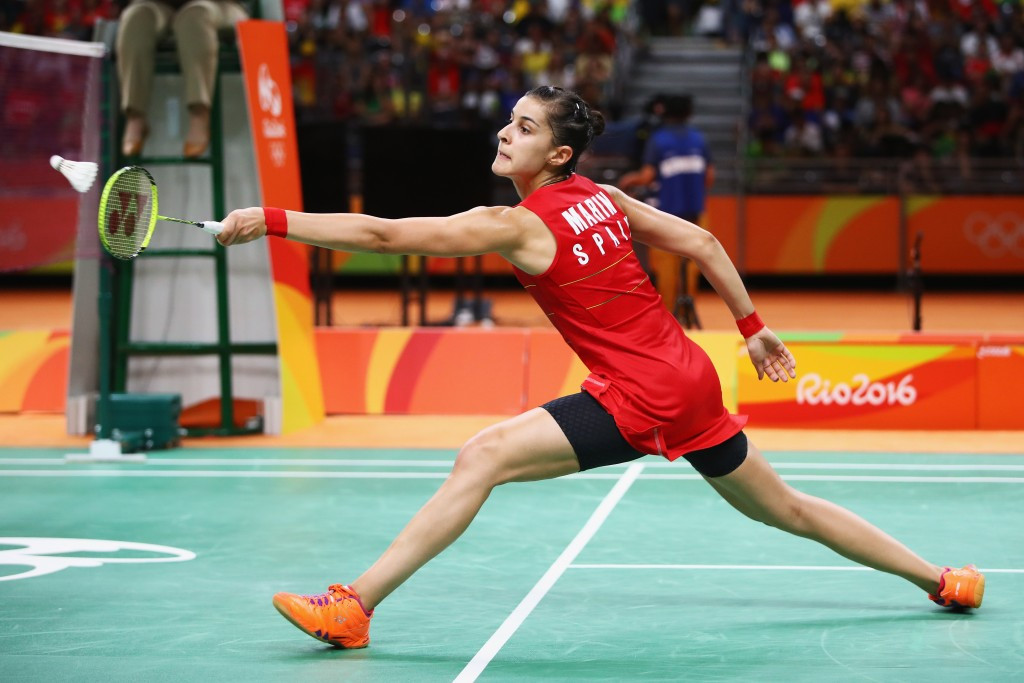 Olympic and world champion Carolina Marin recovered from match point down against home favourite Julie Dawall Jakobsen to book her place in the second round of the Yonex Denmark Open at the Arena Fyn in Odense today.

The Spaniard won the first set as expected 21-13, only for Jakobsen to fight back strongly in the second and take it 21-16.

Trailing 18-20 in the third set, Jakobsen scored three consecutive points to move within one of victory but she missed her opportunity and ultimately lost the decider 24-22.

"Right now I am really disappointed, but in a few minutes, I will be really, really proud that I was able to play such a great match against her," said the Dane in the immediate aftermath.

"Actually, I think I took a shot that was out when I had a match point, so that’s really annoying that I didn’t let it fall, but it’s very easy to say now afterwards."

Next up for Marin in the Badminton World Federation (BWF) Super Series event is a meeting with South Korea’s Na Young Kim, who overcame Mauritius' Kate Foo Kune 21-17, 21-19.

There was also success for second seed Viktor Axelsen, who defeated South Korea's Jeon Hyeok Jin 21-14, 22-24, 21-10 to the delight of the home crowd.

China's Chai Biao and Hong Wei, the top seeds in the men's doubles, were forced to retire from their first-round encounter with Denmark’s Mathias Christians and David Daugaard when 2-1 behind in the first game.

In the women's doubles, favourites Ayaka Takahashi and Misaki Matsutomo of Japan eased to a 21-12, 21-16 win over Australia's Gronya Somerville and Setyana Mapasa.