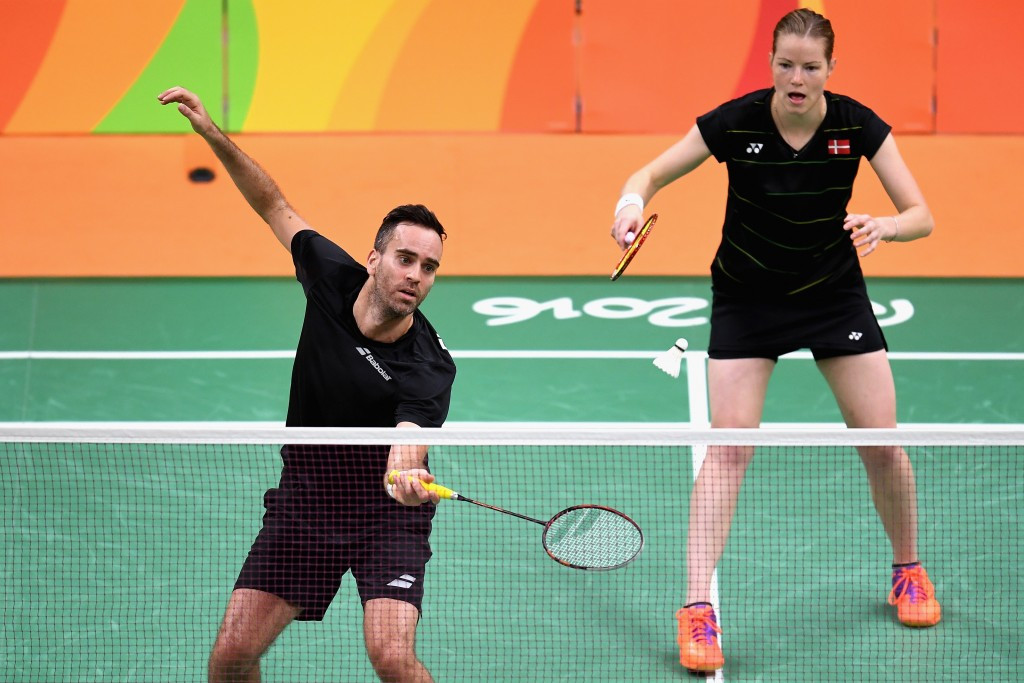 Having won the first game 21-13, Fischer Nielsen and Pedersen converted their first match point in the second to take it 21-18 in this Badminton World Federation (BWF) Super Series event.

"We were able to play the way we wanted to and on a high level," said Fischer Nielsen.

"I don’t think the Koreans were ready for the way played.

"They didn’t expect that we could play like this.

"I am pleased that we were able to close it off in straight sets."

Fourth seeds Chris Adcock and Gabrielle Adcock will provide the opposition for Fischer Nielsen and Pedersen in the penultimate round after the English duo defeated China's Li Junhui and Bao Yixin 21-18, 21-12.

There was no such trouble for the top seeds in the women’s doubles as Japan’s Ayaka Takahashi and Misaki Matsutomo comfortably overcame compatriots Naoko Fukuman and Kurumi Yonao 24-22, 21-15.

Awaiting them in the semi-finals are Thailand’s Sapsiree Taerattanachai and Puttita Supajirakul, who defeated fourth seeds Luo Ying and Luo Yu of China 21-16, 21-18.

In the women’s singles, third seed Nozomi Okuhara of Japan suffered a shock exit after falling to a 13-21, 14-21 loss against fellow countrywoman Akane Yamaguchi.

Next up for Yamaguchi is top seed Carolina Marin of Spain, who was made to work hard for her victory against China's Sun Yu before eventually prevailing 21-19, 16-21, 27-25.

Standing between the second seeds and the final are Malaysia's V Shem Goh and  Wee Kiong Tan, who triumphed 21-18, 25-23 at the expense of China's Li and Liu Yuchen.