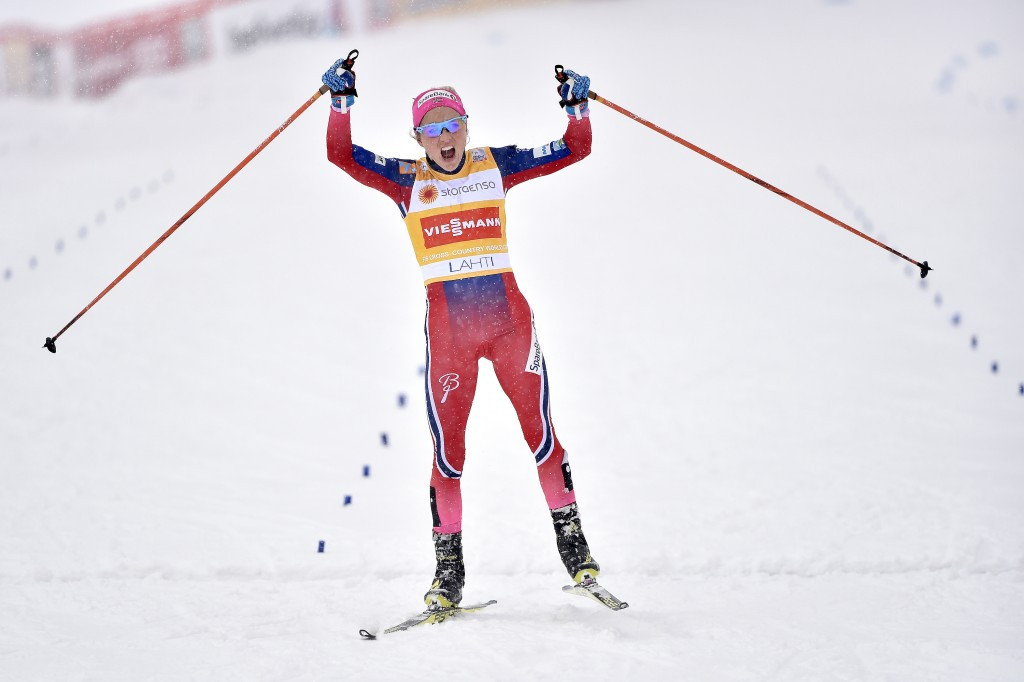 Three-time Olympic cross-country skiing medallist Therese Johaug has failed a drugs test for a banned anabolic steroid she claims to have used inadvertently via a sun cream.

The 28-year-old failed a test for clostebol during an out-of-competition test in Italy on September 16, the Norwegian Ski Federation announced today.

They claimed in a statement that she took the substance in a suntan lotion given to her by team doctor, Fredrik Berndson.

It was described as "a serious situation" by Norwegian Ski Federation Cross-Country Committee head Torbjorn Skogstan, who said a meeting has been called to discuss "any immediate measures."

"I am totally devastated and distraught," Johaug, winner of an Olympic gold medal in the 4x5 kilometres relay at Vancouver 2010, said.

"I find this unfair and totally undeserved, although of course I am aware of my responsibilities as a performer has for medicine I use."

Bendiksen has claimed full responsibility for the incident, insisting that he gave her the cream trofodermin to treat sun burns on her lips during altitude training, even though Johaug had specifically asked if it was okay to use.

"I have and take responsibility that Therese used the illegal drug clostebol via the balm trofodermin," Bendiksen said in the joint statement.

She also won Olympic silver and bronze medals at Sochi 2014 in the 30km freestyle and the 10km classical.

Sundby and Johaug were the male and female champions in last season's World Cup series.

Reports in Norway suggest Johaug has not yet been officially suspended as an investigation begins.

The Norwegian national body were informed of the failure on October 4.

Italian cyclist Stefano Agostini was handed a 15-month ban in 2013 after also blaming a failed a test for clostebol on skin cream.