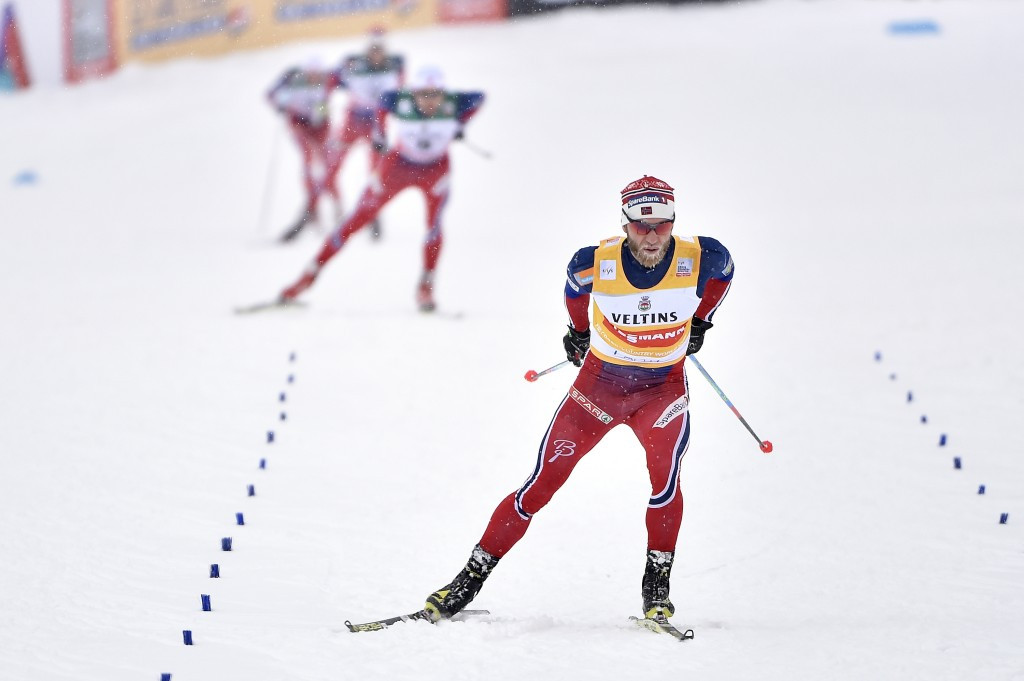 Norwegian cross-country skier Martin Johnsrud Sundby has reportedly been asked to repay bonus money to sports manufacturer Fischer after being disqualified from two races for failing a drugs test.

According to Norwegian broadcaster NRK, the double Olympic medallist has been asked to repay bonuses received for winning the 2015 Tour de Ski title as well as the overall World Cup crown for the 2014-15 season.

He has been stripped of both titles after failing two tests for asthma medication salbutamol, although he was only banned for two months during the summer off-season.

It is not yet clear exactly how much money he has received in bonuses.

Both athletes also have Fischer as their equipment supplier.

Cologna has already asked if he will get a higher bonus due to the change in results, Urain added, while Northug has not yet done so.

Fischer do, however, want to continue supporting Sundby when he returns to World Cup competition next month.

Salbutamol is allowed in excess of limits - to a certain amount - if an athlete can prove the high levels are due to a required therapeutic, but Sundby crucially used a nebuliser to inhale his asthma medication.

This requires a higher labelled dosage than a handheld metric dose inhaler, and pushed the Norwegian, who claims to have suffered from asthma since childhood, over the allowed maximum dose.

It is claimed Sundby and other members of the team received incorrect advice from their doctor.

An International Ski Federation tribunal initially cleared the 31-year-old of any wrongdoing, only for the World Anti-Doping Agency to successfully appeal to the Court of Arbitration for Sport.

Sundby was consequently banned from July until September 11, so is expected to return for the World Cup season opener in November.

Eyebrows have been raised at the short nature of this ban, with Russian rival Evgeniy Belov claiming the process was deliberately slowed in order to ensure he was only banned during the off-season.

Sundby, a 2011 world champion in the 4x10 kilometres relay event, admitted last week that he was to blame for any wrongdoing.

"This is 100 per cent my responsibility."