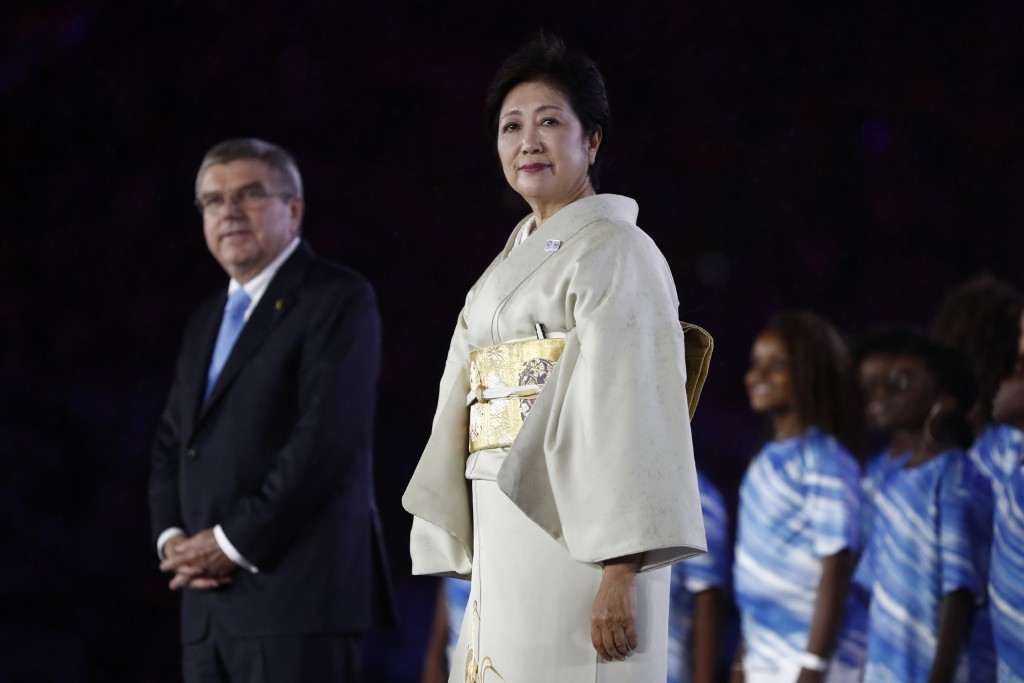 Plans are being drawn up for Tokyo Governor Yuriko Koike to meet International Olympic Committee (IOC) President Thomas Bach on October 18, it has been reported, following claims that the budget for the 2020 Games in the Japanese capital could balloon to four times its original estimate.

A report commissioned by Koike and published late last month by a Tokyo Metropolitan Government Task Force suggested three proposed venues be moved in order to avoid substantial increases for the Tokyo 2020 Olympics and Paralympics.

It was claimed the budget could expand to ¥3 trillion (£22 billion/$30 billion/€26 billion) unless drastic changes are made, sparking concerns within the IOC and across the sporting world.

Japan's Olympic Minister Tamayo Marukawa has since said she will hold talks with the Tokyo Metropolitan Government following the report.

According to reports in the Japanese media, Koike is expected to visit Tome in Miyagi Prefecture next week to inspect the controversial alternative rowing and canoe sprint venue.

The Tokyo Governor, elected to her post on July 15, will reportedly travel to the city 400 kilometres from the capital on October 15.

This comes despite International Rowing Federation (FISA) President Jean-Christophe Rolland calling for Tokyo 2020 to keep to its original plan to hold events at the Sea Forest International Regatta course on Tokyo Bay.

Japanese rowing and canoeing bodies have also opposed the move, while Tokyo 2020 President Yoshirō Mori has insisted it "would be extremely difficult" to change venues already approved by the IOC and relevant International Federations.

Tokyo 2020 also dispute claims the budget could rise by the degree the Task Force reported, and claim the discrepancy is down to some factors - such as security and transportation - not being included in the initial budget.

While volleyball and swimming competitions could be moved within Tokyo, the possible shift in rowing and canoe sprint venues away from the proposed Sea Forest venue has triggered alarm.

But Koike’s reported decision to travel to Tome suggests she has not yet been swayed by the calls to back down.

The issue is likely to dominate her meeting with Bach, scheduled to be in Tokyo to speak at the World Forum and Sports and Culture on October 20.

Bach has said the IOC will discuss the report in a "constructive way" with organisers, suggesting that the rising costs could be as a result of the high price of construction in Tokyo.

Venues for basketball, taekwondo and cycling have since been moved outside, while the newly added sport of surfing is also set to be held away from the capital.