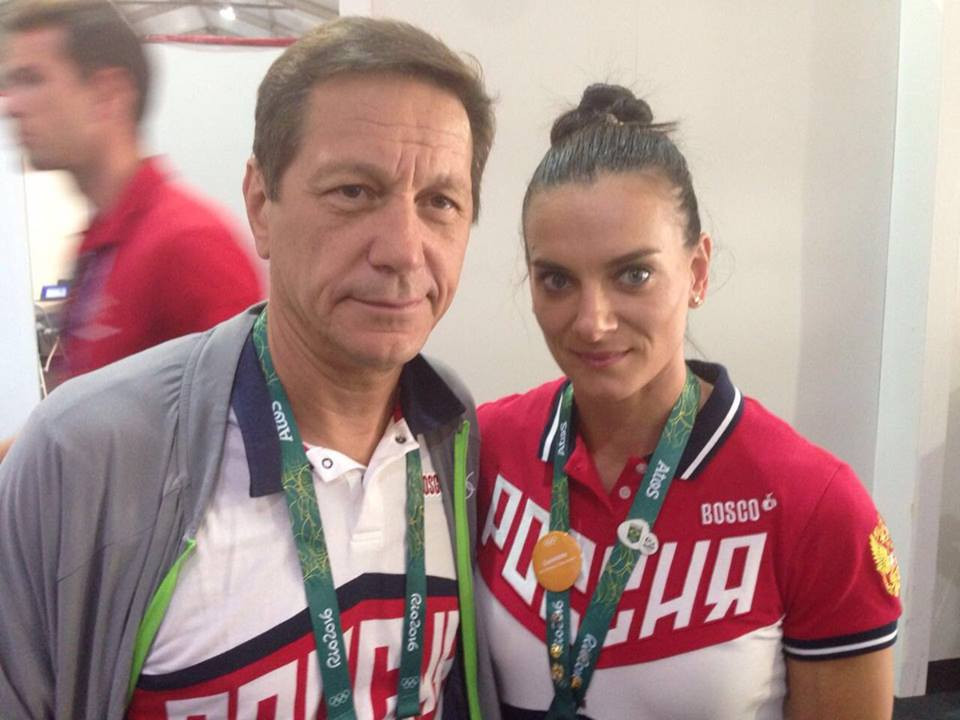 Yelena Isinbayeva, banned by her own sport from taking part at Rio 2016, has been elected as a member of the International Olympic Committee, it was announced here today.

But it is the election of 34-year-old Isinbayeva that is the most significant.

She has been the most outspoken critic of the decision by the International Association of Athletics Federations (IAAF) to ban Russia from these Olympic Games following allegations of state-sponsored doping.

Isinbayeva has called the ruling as a "funeral for athletics" and "a blatant political order".

She has been especially critical of IAAF President Sebastian Coe, who had been expected to be made an IOC member this year but was overlooked.

Isinbayeva had initially claimed the decision to stop her competing here would also ruin her chances of being elected as an IOC member.

Instead, though, the publicity appears to have helped her campaign.

Isinbayeva, Olympic gold medallist at Athens 2004 and Beijing 2008, was still allowed to travel here to campaign and has been staying in the Athletes' Village since Sunday (August 14).

Isinbayeva has been a popular figure in the Village, where nearly 12,000 athletes are based, and she has supported her Russian team-mates at several venues.

insidethegames reported earlier this month that she was one of five athletes had allowed to stand despite missing the deadline of September 15 by a month.

If Isinbayeva is elected, she will probably use it as a platform to continue her campaign against the decision by the IAAF not to allow her to compete her.

In her manifesto, Isinbayeva claimed she wanted to be the “the bridge” between the IOC and the athletes.

She is the third Russian member of the IOC.

There were 23 candidates standing for election for the four places on the IOC Athletes' Commission.

Each athlete competing at Rio 2016 is entitled to vote.

Isinbayeva was one of 11 gold medallists who took part in the election.

The four successful candidates serve eight-year terms and be officially made IOC members by President Thomas Bach at the Closing Ceremony in the Maracanã on Sunday (August 21).

All four will be eligible to vote for the host city of the 2024 Olympics and Paralympics - for which Budapest, Los Angeles, Paris and Rome are bidding - at the IOC Session in Lima on Septmber 13 2017.

“The athletes are at the heart of the Olympic Games," said Bach.

"Their voice is very important in the IOC.

"My congratulations go to the newly elected members of the IOC Athletes’ Commission.

"We are looking forward to working closely with them to further advance the Olympic Movement."

She will replace Claudia Bokel, the former chair of the IOC Athletes' Commission, whose eight-term is now completed.

Heidemann were team-mates on the German team that won a silver medal in the team épée event at Athens 2004.

It is one of three Olympic medals won by Heidemann, including a gold in the individual event at Beijing 2008.

The election of Gyurta, the 200 metres breaststroke champion at London 2012, will be a major boost for Budapest's boost to host the 2024 Olympics and Paralympics.

The 27-year-old will join Hungary's only other IOC member Pál Schmitt in helping campaign for the city in the build-up to the election.

Ryu is a legend in a sport dominated by the Chinese.

He won the men's singles title at Athens 2004, one of only two non-Chinese players to win the Olympic title.

The election of the 34-year-old from Seoul will ensure that South Korea retains two IOC members.

Moon Dae-Sung's term is now completed but his eight-year term ended in disgrace when he was suspended as an IOC member last month following alleged plagiarism of his doctoral thesis.