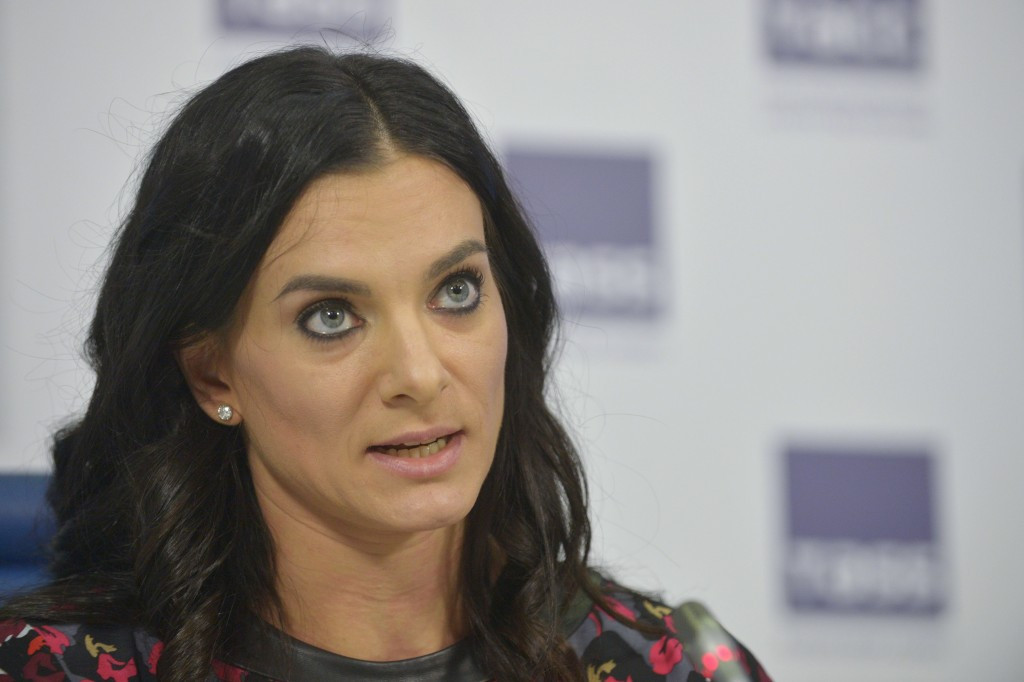 Russia's double Olympic pole vault gold medallist and world record holder Yelena Isinbayeva believes she has virtually no chance of being elected to the International Olympic Committee (IOC) Athletes' Commission after she was barred from competing at Rio 2016.

Isinbayeva, winner of gold medals at Athens 2004 and Beijing 2008 a bronze at London 2012, is one of 23 Olympians in the running for election with voting due to begin on Sunday (July 24) when the Olympic Village is due to open in Rio de Janeiro.

There are four places available on the IOC Athletes' Commission as Claudia Bokel, Dae Sung Moon, Alexander Popov and Yumilka Ruiz Luaces are due to finish their eight-year terms at the end of Rio 2016.

Isinbayeva's chances of securing one of the spots, however, have been severely dented by the ban on Russian track and field athletes from international competition, including Rio 2016.

The suspension, imposed last November by the International Association of Athletics Federations (IAAF), was upheld by the Court of Arbitration for Sport (CAS) yesterday following allegations of state-supported doping.

The Russian Olympic Committee and 68 athletes were bidding for reinstatement ahead of the Games but CAS sided with the IAAF.

The verdict could pave the way for the IOC to introduce a total blanket ban on the Russian team for Rio 2016 with a decision due to be made on Sunday (July 24).

"A candidate should be physically present at Rio and if we are not there and I don't take a flight to Brazil, I just won't be able to be present there," Isinbayeva wrote on Russian social media network VKontakte.

"And I did hope this would be the first step in my career of a sports official.

"Yet I don't feel any support on the part of foreign athletes anyway, because they're praying for the absence of Russian competitors from the Rio Games."

The IOC has nominated six representatives to oversee the IOC Athletes’ Commission election, all of whom will be responsible for ensuring that the procedures and regulations are followed at all times as well as certifying the final vote count.

Voting is scheduled to last until August 17 at the IOC Space in the Olympic Village, as well as in the hotels of the five football cities - Belo Horizonte, Brasília, Salvador, São Paulo and Manaus.

All athletes participating in Rio 2016 will be eligible to vote and will be asked to elect four candidates from four different sports in a bid to ensure a varied representation from the Olympic sports programme.

A total 24 candidates were approved by the IOC Executive Board last December, but Italy’s Alessandra Sensini has since withdrawn.

The results are set to be announced on August 18 in the Olympic Village.

Isinbayeva, who described the CAS ruling as a "funeral for athletics", claimed she is considering retiring following the controversy over doping in Russia.

She has made the threat even though she claimed she is in shape to break her own world record of 5.06 metres.

"If the International Olympic Committee rejects Russian athletes' participation in the Games, I can see no sense in continuing my training further," she said.

"We were planning to clear the height not lower than 5.10 metres.

"My coach and I expected that I would win with a world record at the Olympics."

The full list of IOC Athletes' Commission candidates can be viewed by clicking here.