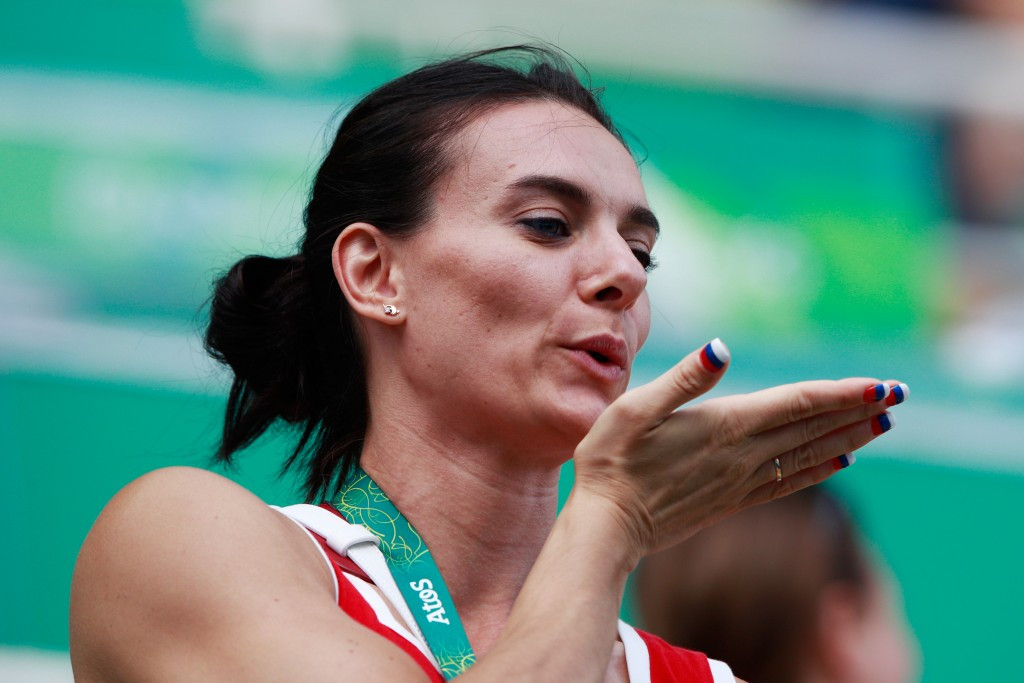 The results of the International Olympic Committee (IOC) Athletes' Commission elections are due to be announced here tomorrow and could provide Russia's Yelena Isinbayeva with some consolation for being forced to miss Rio 2016.

The double Olympic pole vault gold medallist and world record holder is not allowed to compete because the International Association of Athletics Federations (IAAF) have suspended Russia following allegations of state-supported doping.

Isinbayeva complained last month that the IAAF decision had effectively ended her chances of being elected to the IOC but, instead, there appears to have been a groundswell of sympathy for her being kept out of the Olympics even though she has not been personally connected with the doping allegations in Russia.

The 34-year-old, Olympic gold medallist at Athens 2004 and Beijing 2008, was still allowed to travel here to campaign and has been staying in the Athletes' Village since Sunday (August 14).

Isinbayeva has been a popular figure in the Village, where more than 10,000 athletes and officials are based.

She is one of 24 candidates standing for election for the four places on the IOC Athletes' Commission.

Each athlete competing at Rio 2016 is entitled to vote.

Isinbayeva is one of 11 gold medallists taking part in the election.

The results are due to be officially announced at a press conference in the Olympic Village at 2pm.

The four successful candidates serve eight-year terms and be officially made IOC members at the Closing Ceremony in the Maracanã on Sunday (August 21).

insidethegames reported earlier this month that she was one of five athletes had allowed to stand despite missing the deadline of September 15 by a month.

If Isinbayeva is elected, she will probably use it as a platform to continue her campaign against the decision by the IAAF not to allow her to compete her.

In her manifesto, Isinbayeva claimed she wanted to be the “the bridge” between the IOC and the athletes.

"I never will agree with the fact that they banned me, I will never forgive that," she when arriving here.

Isinbayeva is widely expected to announce her retirement shortly and concentrate on a career in sports administration.

She has already announced she will stand to become the new President of the All-Russia Athletic Federation (ARAF) and is expected to be elected unopposed next month.