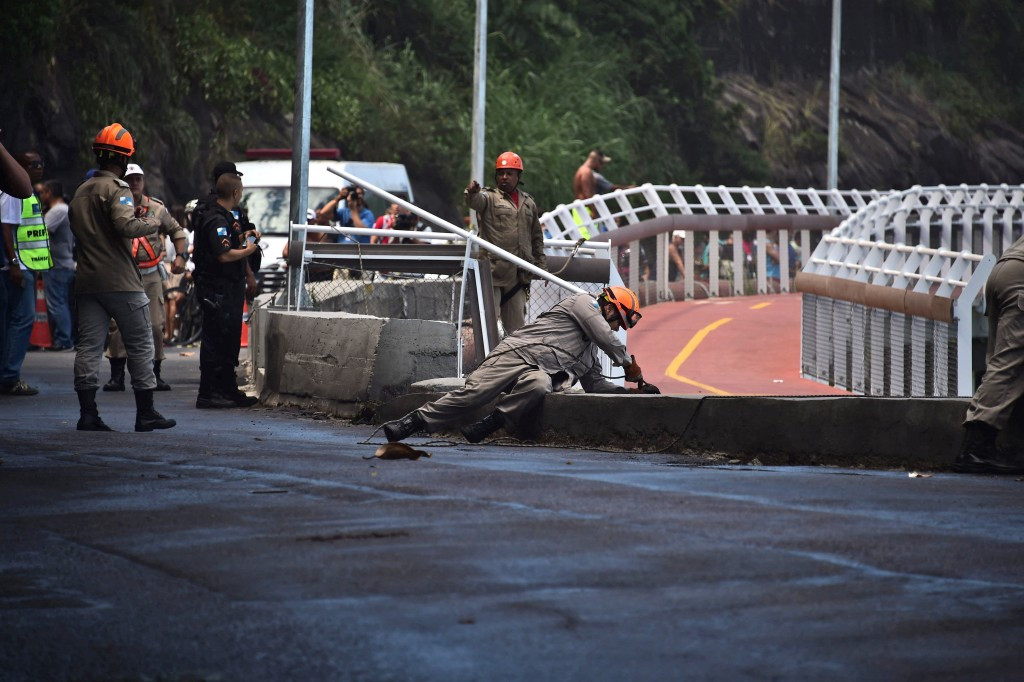 A coastal bike route close to the Olympic Park in Barra de Tijuca is still due to open in time for Rio 2016 despite the partial collapse which caused two deaths earlier this year.

A 50 metre section of the path collapsed after a huge wave smashed into the shoreline in April, with two cyclists on the path falling to their deaths.

An investigation was opened into whether shoddy construction was to blame, but Rio de Janeiro Mayor Eduardo Paes and the City Council have repeatedly expressed his hope that it will still be ready in time for the Games.

Three pillars that formed the foundation of the segment of the path that collapsed will be rebuilt with extra reinforcements, with two more pillars added to provide extra support.

"The part [that collapsed] was higher risk than the rest of the cycle lane, but we are still going to conduct the study of the structure as a whole.

"I always hoped we would be able to reopen by the time the Olympics came to Rio.

"It would be very sad to see the accident having an impact on the event, also, we want tourists to be able to enjoy such a beautiful cycle path."

The project is not a specific part of the Rio 2016 transport plan, but had been billed as a legacy bonus connected to the Games.

But security concerns have also been raised, with the closed nature of the path leading to fears of muggers trapping cyclists and pedestrians.

A petition calling for the project to be abandoned has gained 1,477 signatures.

"To reopen it in time for the Olympic Games is our dream, but safety comes first," said Paes, who returned early from the Olympic flamelighting ceremony in Ancient Olympia due to the incident.

"It will reopen in August - but it could be August 1, or it might be during or even after the Games."

This comes as concerns remain over whether the subway extension, due to link the same stretch to Barra de Tijuca, will be open in time for the Opening Ceremony on August 5.