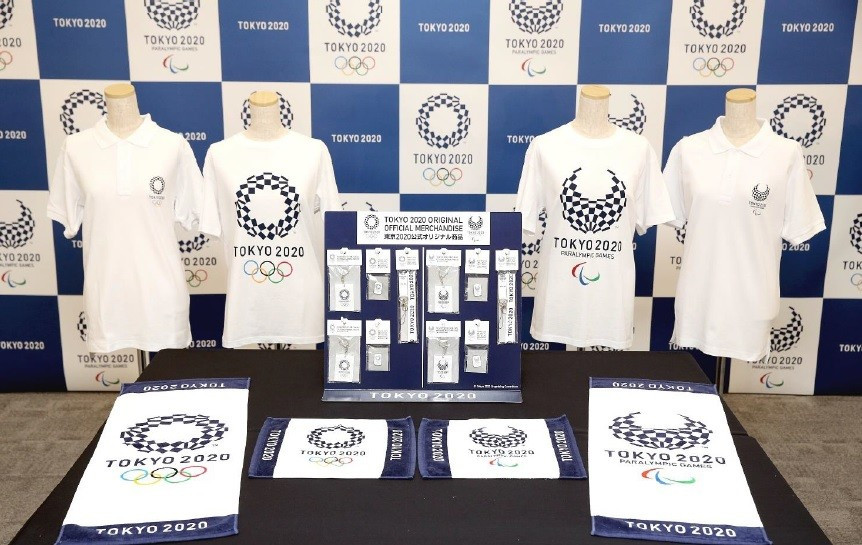 Tokyo 2020 has unveiled its first batch of official merchandise for the Olympic Games, with 15 of the 26 product lines selling out in the online shop on the opening day of sales.

The range of licensed products, which includes tee-shirts and polo shirts, pin badges, key holders, neck straps and towels, are all emblazoned with the new Tokyo 2020 emblem, officially unveiled in April.

It has been rolled out in Japan in sporting goods stores, shops at Tokyo Metropolitan Government buildings and the online store.

Those shops and stores throughout the Asian nation which sell the Tokyo 2020 merchandise will be required to pay a five per cent licensing fee.

Tokyo 2020 hope the merchandise, revealed as part of the licensing programme for the Games in four years’ time, will generate ¥12.3 billion (£88 million/$120 million/€109 million) in revenue in the build-up to and during the event.

Organisers have already been forced to apologise as 15 products sold out online, though they claim they will be “replenished soon”.

“We received the hope of the purchase from a number of people, and the situation may not be available in your purchase for some products we have,” a statement on the Tokyo 2020 online shop read.

“And to hear the very inconvenience to everyone, I apologise from the bottom of my heart.”

The products feature the controversial Tokyo 2020 logo, with the final design revealed back in April after the original design was scrapped due to allegations of plagiarism.

The logos, entitled harmonised chequered emblems and designed by Asao Tokolo, a graduate of Tokyo Zokei University with a degree in architecture, were chosen by the Tokyo 2020 Emblems Selection Committee following an open competition process.

The eventual reveal of the new logo brought an embarrassing saga for Tokyo 2020 to a close, after the first emblem was axed following suggestions designer Kenjiro Sano had stolen the idea.

“I feel we have finally started to get this thing rolling,” Tokolo said.

“I am overwhelmed with emotions.”