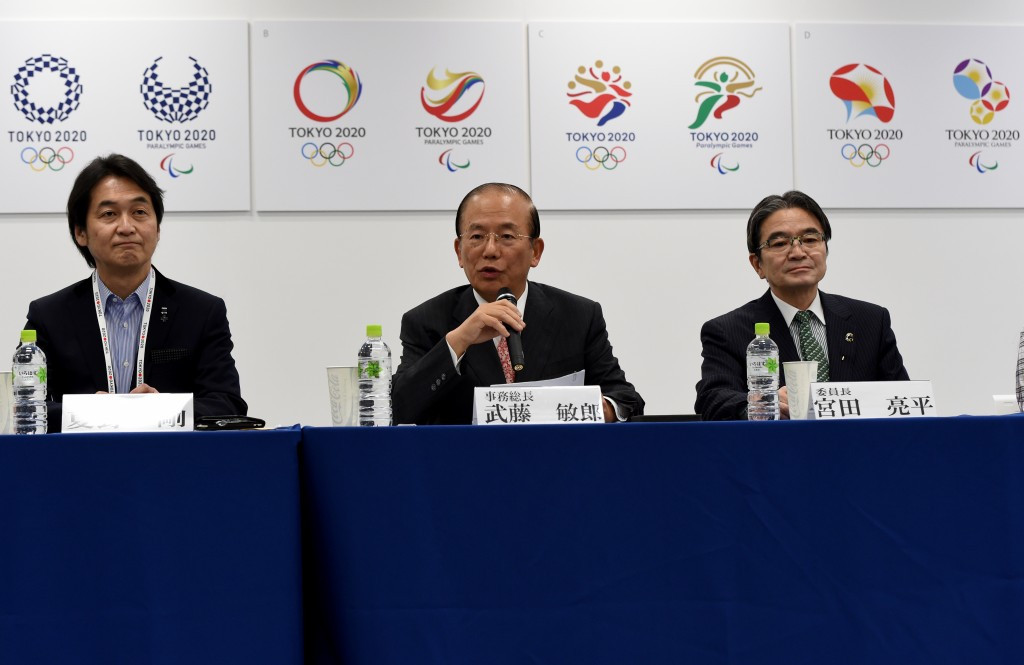 Tokyo 2020 will reveal its replacement logos for the Olympics and Paralympics next Monday (April 25), organisers have confirmed.

An unveiling ceremony will be held at the Toranomon Hills Mori Tower in the Japanese capital, marking the end of a lengthy process to find new emblems for the Games.

This was necessitated after the original logos picked - designed by Kenjiro Sano - had to be scrapped due to allegations of plagiarism.

After an open competition four finalists now remain, Options A, B, C and D.

Two logos - one for the Olympics and one for the Paralympics - have been submitted under each option, with the Tokyo 2020 Emblems Selection Committee tasked with picking a winner.

The Committee, which features leading names from the worlds of sport, business and design, have listened to feedback from the general public who were invited to use an online form before the closing date yesterday.

The designers of all four options haven't yet been revealed but Tokyo said "heart and souls" had been put into the entries.

All of the contenders have faced crticism, however, with a number of professional designers saying they were less than impressed with the standard of the final four.

Much of the contention is down to the open competition to pick the replacement logos, which initially attracted nearly 15,000 entries before they were whittled down.

It is claimed that a strong design can only be the result of Tokyo 2020 working closely with a professional design team.

Benjamin Thomas, of Tokyo-based Bento Graphics, told The Japan Times that involving the public would probably lead to a logo which "lacked quality".

Tokyo 2020 defended its open contest, however, as a way of spreading the Olympics across Japan.

Sano's initial design was withdrawn after Belgian Olivier Debie claimed that it resembled his Théâtre de Liège logo too closely.