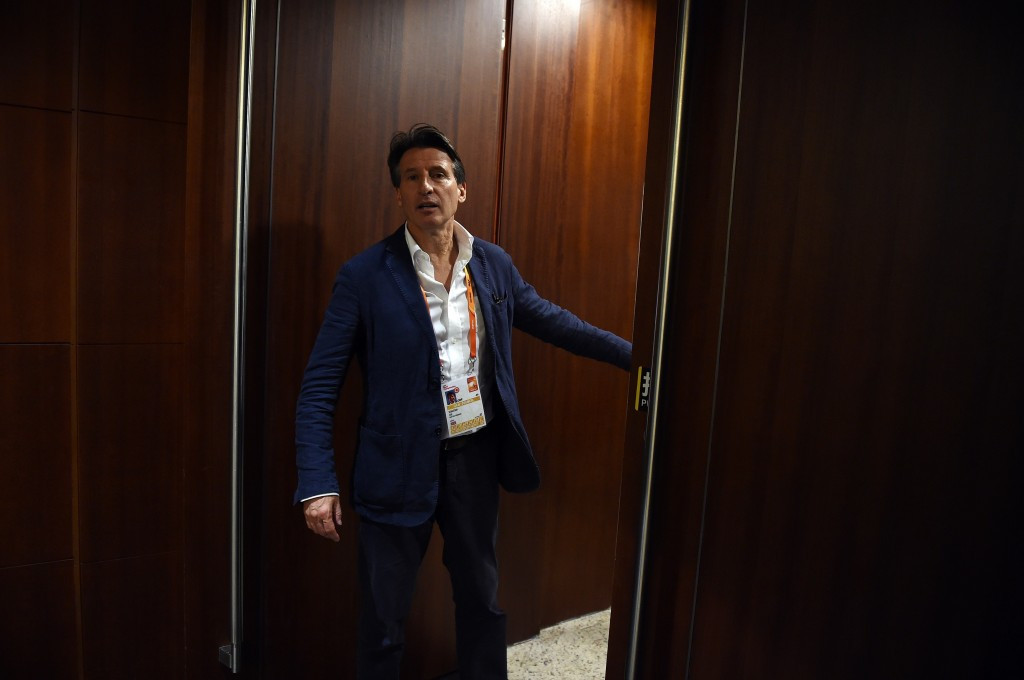 International Association of Athletics Federations (IAAF) President Sebastian Coe has been accused of being aware of corruption at the heart of the world governing body before his election last August and he accepted advice from disgraced official Papa Diack during his successful campaign.

In reports published by the BBC and Daily Mail on the eve of the IAAF Council meeting at which a decision is due to be made on whether to lift the suspension of the All-Russia Athletic Federation (ARAF), Coe is accused of knowing that marathon runner Liliya Shoubukhova had paid bribes to officials to cover up the fact she had tested positive for banned performance-enhancing drugs.

He was reportedly forwarded an email in August 2014 containing the complaint that was written four months earlier by Shoubukhova's agent Andrey Baranov outlining evidence that a cabal of officials had coerced the Russian into making payments.

This seemingly disproves his claim to a British Parliamentary Select Committee last year that he had no knowledge of any corruption within the IAAF.

Coe, an IAAF vice-president at the time under the leadership of Papa's father Lamine Diack, claims to have forwarded the emails on to the Ethics Commission, but without reading the attachments himself.

Britain's double Olympic 1500 metres gold medallist is accused of actively seeking the advice of Papa Diack, the figure at the centre of the allegations surrounding Shobukhova, in the run-up to the election held in Beijing on August, when he defeated only rival, Ukrainian Sergey Bubka.

In text messages between the two, Coe reportedly agreed to make a special vote of thanks for Lamine Diack in his acceptance speech, supposedly in return for help.

Following his election victory, Coe described Lamine Diack as the "spiritual President" of the sport and thanked him "for many personal kindnesses both in public and private".

Diack was believed to have been a supporter of Coe in the latter stages of his campaign, helping him gain decisive votes in Africa and other areas.

Diack was arrested by French authorities in November over allegations he took payments for deferring sanctions against Russian drugs cheats.

"Two broad allegations have been made by the BBC and the Daily Mail," Coe's spokeswoman Jackie Brock-Doyle told insidethegames in a statement.

"Both are based on flawed assumptions that the IAAF are strongly defending."

The IAAF admit that Coe was forwarded emails and information regarding allegations of corruption and concerning the behaviour of certain individuals, including one about Shobukhova sent for former London Marathon race director and  IAAF Road Running Commission head David Bedford.

Papa Diack was one of four officials handed a life ban from athletics in January in relation to payments totalling approximately £435,000 ($634,000/€583,000) made by Shobukhova, the 2010 London Marathon winner and three-time Chicago Marathon champion, in order to cover-up doping violations.

"He did receive an email from Dave Bedford that said ‘The attachments relate to an issue that is being investigated by the IAAF EC (Michael Beloff)’," Brock-Doyle claimed.

"This was enough for Seb Coe to forward the email to the Ethics Commission.

"He did not feel it was necessary for him to read the attachments.

"You may think this shows a lack of curiosity.

"He, and we, would argue that it shows a full duty of care - ensuring the right people in the right place were aware of allegations and were investigating them.”

The allegations surrounding Coe seeking support from Papa Diack have also been dismissed.

Many of these concern text message exchanged between the Senegalese and Britain's Nick Davies, the former IAAF deputy secretary general now suspended for alleged breaches of the IAAF Code of Ethics.

Davies, as an IAAF employee, was supposedly neutral but was known to support his fellow countryman.

"Seb is very happy with you political campaign advice. He told me about you Bahamas meeting," Davies reportedly told Diack in one email.

Coe's Presidential campaign was orchestrated by Vero Communications, who have not yet provided a comment responding to today's allegations, although there is no suggestion they are involved in the messages to Papa Diack.

“The suggestion that Seb Coe was actively seeking Papa Massata Diack’s advice about his campaign is wrong," said Brock-Doyle.

"As with any campaign lots of people offer advice - wanted or not, some helpful, some not.

"You try to be civil but wary.

"This was the case with Mr Diack -  he sent messages of support whilst at the same time supporting other candidates and accusing Seb Coe of leading a British media campaign against both him and his father.”

The allegations, while lacking conclusive proof, are nonetheless a further blow to Coe as he seeks to distance himself from the previous regime.