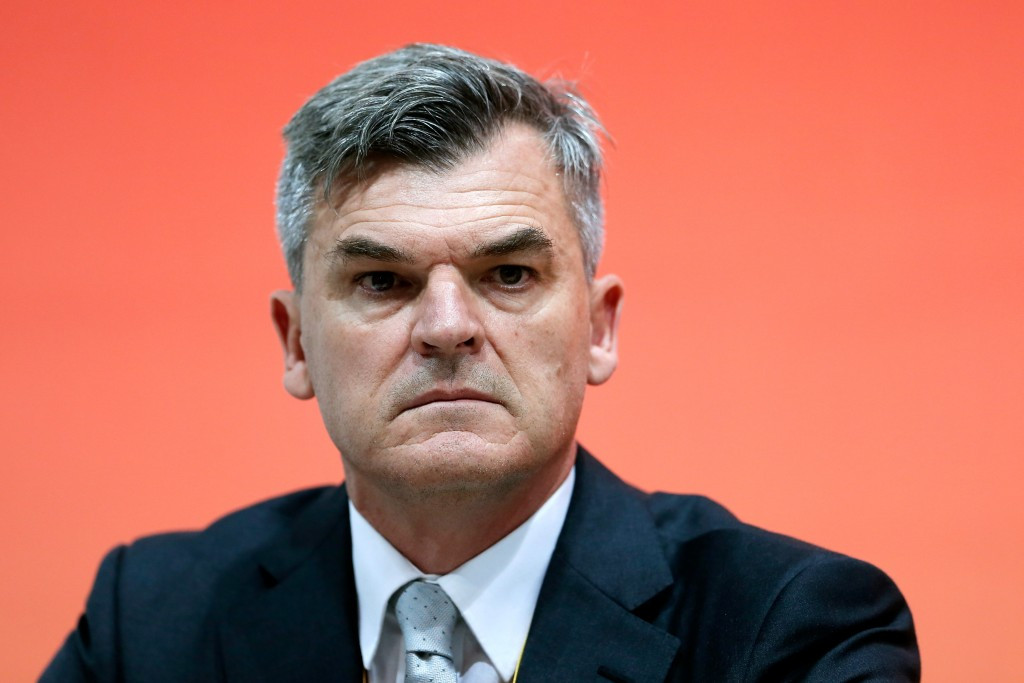 International Association of Athletics Federations (IAAF) chief of staff Nick Davies is one of three officials to be provisionally suspended from the organisation pending investigations into potential breaches of the governing body’s Code of Ethics.

Davies has been suspended for 180 days, along with his wife Jane Boulter-Davies and IAAF medical manager Pierre-Yves Garnier.

Michael Beloff, chairman of the IAAF Ethcis Board, imposed the provisional suspensions due to a suspected ethics breach in relation to an email reported to have been sent by Papa Massata Diack to his father, the disgraced former IAAF President Lamine Diack.

The email, dated July 29, 2013, claimed that Valentin Balakhnichev - the former IAAF treasurer and All-Russia Athletic Federation (ARAF) President who has since been banned for life by the Ethics Commission - had asked Papa Massata Diack to carry out "lobbying activities".

Balakhnichev and Papa Massata Dick were among three who were banned for life in January, following allegations of covering up doping in Russia.

The IAAF Ethics Commission have deciphered from a report in the Le Monde newspaper that Balakhnichev had asked Papa Massata Diack to "get involved and give money to various people to keep them quiet and so that they would not object.”

The Le Monde report in December allegedly outlined plans to delay the naming of Russian athletes who had failed drugs tests in the run-up the 2013 World Championships in Moscow.

Nick Davies, who temporarily stood down from the IAAF in December, having reportedly suggested hiring CSM, the sports marketing firm chaired by current IAAF President Sebastian Coe, to run a public relations campaign to deal with negative stories, has been accused of receiving a cash payment of either $30,000 or €30,000 from Papa Massata Diack in 2013.

“The circumstances and concealment of which call into question whether the payment was intended to have and/or in fact produced any manipulative effect; and (b) that Mr Davies misled an IAAF Ethics Board investigator in respect of the matter identified,” the Ethics Board said.

Boulter-Davies, a project manager in the IAAF's anti-doping department, is said to have had knowledge of the alleged payment and has been accused of misleading an IAAF Ethics Board investigator.

She joined the IAAF in September 1992 and is the daughter of John Boulter, a former British Olympic 800 metres runner and a senior Adidas executive.

A cash payment of either $10,000 or €10,000 from Papa Massata Diack, a marketing consultant to the IAAF, to Garnier is also being investigated with the Frenchman accused of having “retained some part of the sum even when aware of its apparent impropriety.”

Garnier has spent six-and-a-half years as the IAAF's medical and scientific senior manager.

Sir Anthony Hooper, a recently retired Lord Justice of Appeal of England and Wales with particular expertise in criminal law, has been appointed to investigate the cases and determine any disciplinary actions.

This investigated whether they had helped Russian marathon runner Liliya Shobukhova avoid punishment after failing drugs tests and resulted in the life bans for Diack, Balakhnichev and Melnikov.

Dollé was banned for five years.

Davies, Boulter-Davies and Garnier are able to appeal against their provisional suspensions under IAAF Ethics Board rules.

Nobody else named in the email has been suspended as they no longer hold positions within the IAAF, but Sir Anthony has been requested to fully investigate.

“There is no greater priority for the IAAF right now than to get to the truth of the allegations that have been made against the sport,” an IAAF statement read.

“These particular facts were made public in December 2015 and relate to allegations of a breach of the IAAF Code of Ethics.

“The IAAF welcomes these investigations by the Ethics Board and investigator Sir Anthony Hooper and thanks them for the difficult and hard work they continue to undertake on behalf of the sport and the organisation.

"As the Ethics Board statement says, each of the persons provisionally suspended ‘enjoys the presumption of innocence until the outcome of the investigation and the determination of disciplinary charges, if any, brought against them’.

“It is therefore important that we let these investigations take their course without further comment.”

To read the full statement from the IAAF Ethics Board click here.