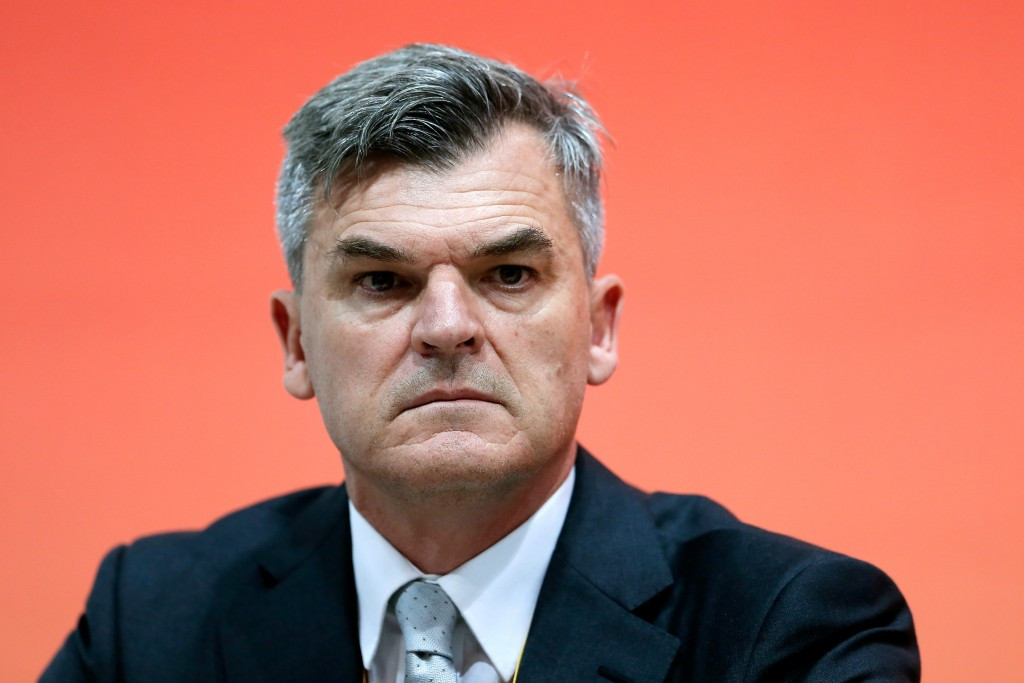 International Association of Athletics Federations (IAAF) deputy secretary general and Sebastian Coe's chief of staff Nick Davies tonight denied he was involved in trying to delay the naming of Russian athletes who had failed drugs tests in the run-up the 2013 World Championships in Moscow.

Davies claimed tonight he had done nothing wrong.

In a series of emails sent ahead of the Championships to marketing consultant Papa Massata Diack, the son of former IAAF President Lamine Diack, Davies claimed they needed to "sit down" with anti-doping officials to discuss "Russian skeletons in the cupboard".

He added they "now need to be smart" about releasing names.

The Briton, a veteran IAAF official and longstanding communications director, who was promoted to Coe's chief of staff following his election in August, added that any Russian already caught doping should not be included in the country's team for the World Championships in the capital Moscow.

"If the guilty ones are not competing, then we might as well wait until the event is over to announce them," he said, according to Le Monde, in an email sent on July 19, 22 days before the start of the Championships.

"Or, we announce one or two BUT AT SAME TIME as athletes from other countries.

"Also, we can prepare a special dossier on IAAF testing which will show that one of reasons why these Russian athletes come up positive is that they get tested a lot!!!"

The revelations are a further embarrassment for the IAAF following a tumultuous period since the World Anti-Doping Agency (WADA) Independent Commission confirmed reports of systemic doping within the Russian athletics team.

The IAAF has since banned Russia, who could miss next year's Olympic Games in Rio de Janeiro.

French prosecutors are investigating both Lamine Diack and Papa Diack following allegations  that they accepted bribes to cover up Russian doping.

More serious allegations are set to expected in the second part of the Independent Commission report, set to be published on January 14 in Munich.

In a letter sent by the IAAF's lawyers Bird & Bird to insidethegames this evening, Davies claimed the email was a private message which was not followed up upon.

In a statement, Davies added: "As director of IAAF communications it was one of my responsibilities to manage and promote the reputation of the IAAF.

"My email to the IAAF's then marketing consultant Papa Massata Diack, less than a month before the start of the Moscow World Championship, was brainstorming around media handling strategies to deal with the serious challenges we were facing.

"No plan was implemented following that email and there is no possibility any media strategy could ever interfere with the conduct of the anti-doping process.

"I did not discuss these ideas with CSM and there has never been any agreement between the IAAF and CSM for any PR campaigns.

"CSM has never worked for the IAAF in any capacity since Sebastian Coe joined the company."

It is understood that Coe had no knowledge of the emails until Davies declared the contents of them to him.

He also referred himself to the IAAF's Ethics Commission.

"When information concerning alleged corruption was brought to my attention in early 2014, I was one of a number of IAAF staff members who referred the matter to the IAAF Ethics Commission and who have assisted in the resulting investigation by the Commission.

"I was also one of those staff members who voluntarily offered full assistance to investigators of the WADA Independent Commission as well as to the French and Monegasque Police Authorities and will continue to do so."

An IAAF spokesman claimed that between London 2012 and the World Championships in Moscow the IAAF banned a total of 115 athletes, 28 of whom were Russian.

"Announcements were made on all of them and their sanctions were in the public domain," he told insidethegames.