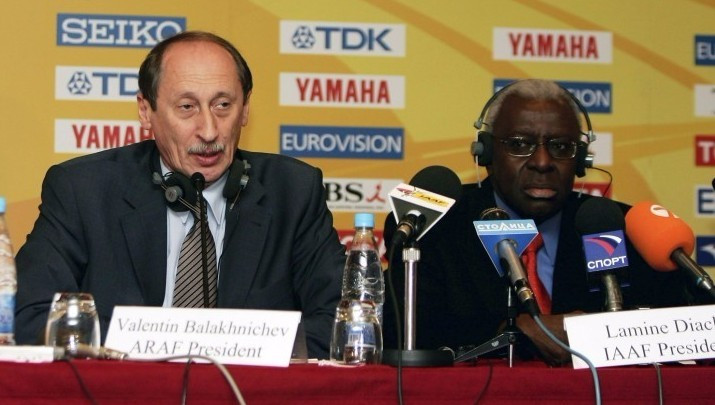 France's National Office for Financial Prosecutions is currently investigating Diack, who stepped down as IAAF President in August when he was succeeded by Britain's Sebastian Coe.

French newspaper Le Monde claimed it has obtained transcripts of Diack's interviews with police where he admits to having spoken with former All-Russia Athletics Federation (ARAF) President and IAAF treasurer Valentin Balakhnichev in 2011 about needing money.

The transcript reported by Le Monde said: "I told him that to win the elections, I needed about €1.5 million.

"At that time there was these problems of suspending Russian athletes a few months ahead of the [2013] World Championships in Russia.

"We came to an agreement.

"Balakhnichev organised all of that."

Balakhnichev denied to Le Monde having had such a conversation with Diack.

The officials faced disciplinary hearings on charges that they covered up doping offences.

All four are charged with various breaches of the IAAF's code of ethics and could face lifetime bans - a decision is expected in early January.

insidethegames believes that none of the men charged turned up personally for the hearing.

The IAAF charges involve Russian runner Liliya Shobukhova, the former London Marathon winner, who has admitted to the World Anti-Doping Agency that she paid more than  than $450,000 (£300,000/€400,000) to avoid a doping ban.

The IAAF has banned Russia from international competition after a report by WADA's Independent Commission, headed by Richard Pound, who is due to release the second part of his findings on January 14.

Senegal's President Macky Sall, who was elected in April 2012, has denied his campaign was funded by Diack.