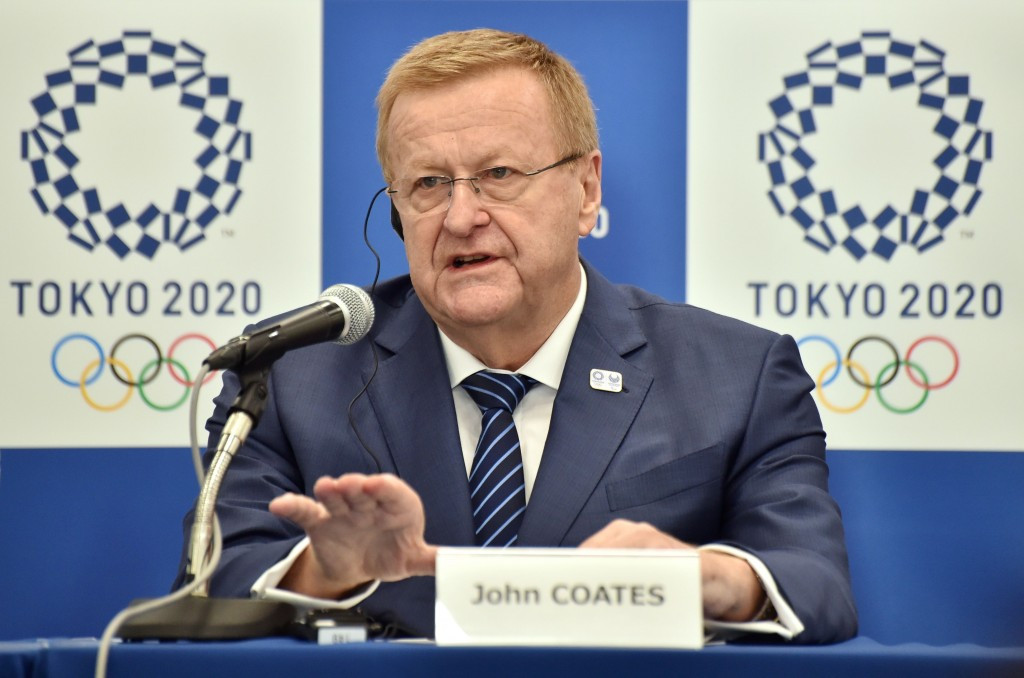 Allegations Tokyo 2020 made a corrupt payment to Singapore-based firm Black Tidings are a “concern”, International Olympic Committee (IOC) vice-president John Coates has admitted, but he stressed he has “no reason” to doubt the reasons given for the controversial transaction.

Coates, who heads up the IOC’s Coordination Commission for the Games in four years’ time, reiterated their co-operation with any investigations and claimed results of the probe being conducted by the Japanese Olympic Committee (JOC) could come within a month.

A three-strong investigatory team, featuring two lawyers and a chartered accountant, held their first meeting today concerning the transactions totalling $2 million (£1.3 million/€1.7 million) given to Black Tidings before the IOC Session in Buenos Aires in 2013, where Tokyo was awarded the 2020 Olympics and Paralympic Games.

The fact that Lamine was a voting IOC member when Tokyo was elected as host raises the possibility the transfers were a bribe paid to secure the support of the Senegalese and others under his influence.

JOC President Tsunekazu Takeda has long stressed that the payment was “done by the book” and has denied any wrongdoing.

Takeda, who led the Tokyo 2020 Bid Committee and is also an IOC member, insisted the payment was “necessary” and was for legitimate consultancy work.

Coates also confirmed the IOC would not launch its own investigation and would “rely” on those which have been initiated by the JOC and also the French police, who are also studying the payment.

The authorities in France are scrutinising the issue as part of their investigation into the Diack family, who are accused of using the same account to channel money received in return for covering up failed doping tests in athletics.

“We share all of those same concerns as the Japanese public do about corruption,” Coates said in Tokyo following meetings with the Organising Committee.

“There is a range of remedies and sanctions that could be considered, but I’m not going to speculate on that.”

Coates met with Takeda to discuss the issue, which is the worst alleged corruption in the Olympic bidding process since the Salt Lake City Scandal in 2002.

“I was pleased when I got here that President Takeda asked to have a meeting with me and he explained that the Japanese Olympic Committee would also be conducting an investigation,” the Australian added.

“I don’t think he knows how long it will take, but he was hoping that this might be done within a month.

“He certainly assured me that the Japanese Olympic Committee has a full open book and the IOC will follow and look forward to the report of that investigation, just as we are from the French.

“We have decided we won’t conduct a parallel investigation.

“We’ll rely on both of those and we’ll take it from there.”