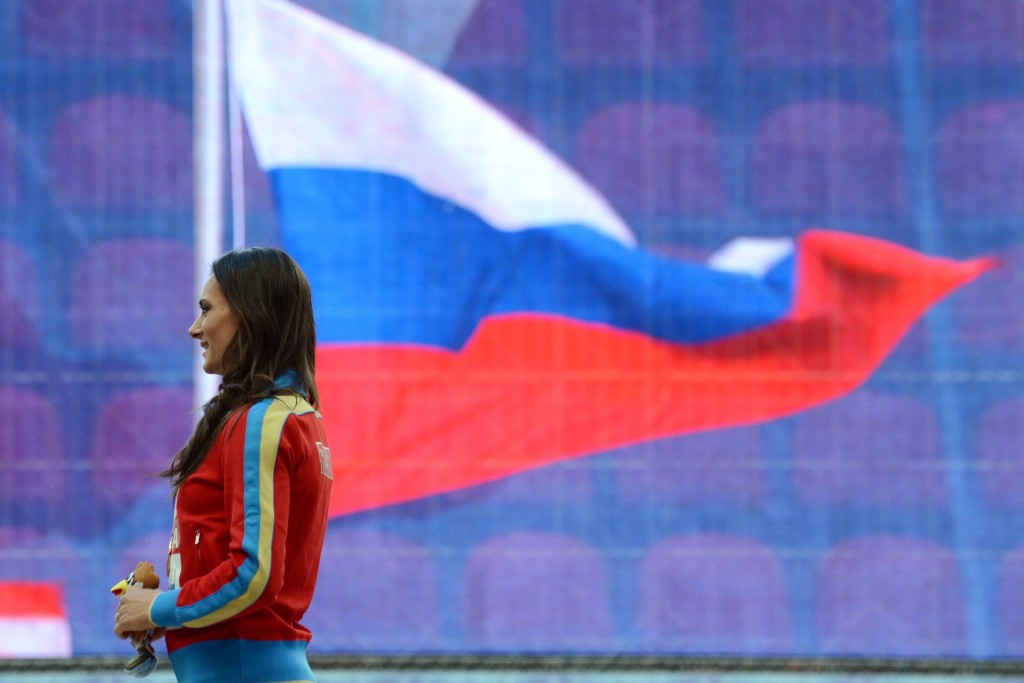 Double Olympic pole vault champion Yelena Isinbayeva claims the potential ban on all Russian athletics stars competing at Rio 2016 violates her human rights and intends to file a lawsuit if the suspension is not lifted in time.

Russians have since been banned from all international competition, missing events including the World Indoor Championships in March.

A final decision on whether the ban will remain in place at Rio 2016 and beyond is set to be made at an IAAF Council meeting in Vienna on June 17.

This will directly affect Isinbayeva, the Athens 2004 and Beijing 2008 champion who won her third world title at her home World Championships in Moscow in 2013 and has never been implicated in doping.

"I am angry because I’m helpless - they’re not giving me a chance to compete," she said in an interview conducted via Skype.

''It's a direct violation of human rights, discrimination.

"All I can do now is train.

"Many of them can be, how can you say, broken.

''In the case of a negative ruling for us, I will personally go to an international court regarding human rights - and I'm confident that I'll win.''

Isinbayeva, who was Mayor of the Athletes' Village during the Sochi 2014 Winter Olympics, is hoping to be elected onto the International Olympic Committee (IOC) Athletes' Commission in August.

It is not yet clear who exactly she would file a lawsuit against.

“You can only feel sorry for those athletes who have been deprived of the most marvellous moment in sport: winning the race," he said, as reported by The Guardian.

"But Russian athletes have been deprived of those moments, too.”

Athletes from other countries are far less sympathetic, however.

British long jump counterpart Greg Rutherford has called for the country to be "punished" but fears the ban may be lifted as “political arms will be twisted and palms greased” .

This comes as the Russian Sports Ministry claimed to support making doping a criminal offence.

It is hoped the law will be on the Statute books sometime in 2017.

It is expected to particularly target coaches and officials found to be encouraging or coercing athletes into doping.

''It's quite a long procedure but now everyone understood that we are in crisis and we have to do quick steps to fix the situation,'' said Sports Ministry advisor Nataliya Zhelanova.