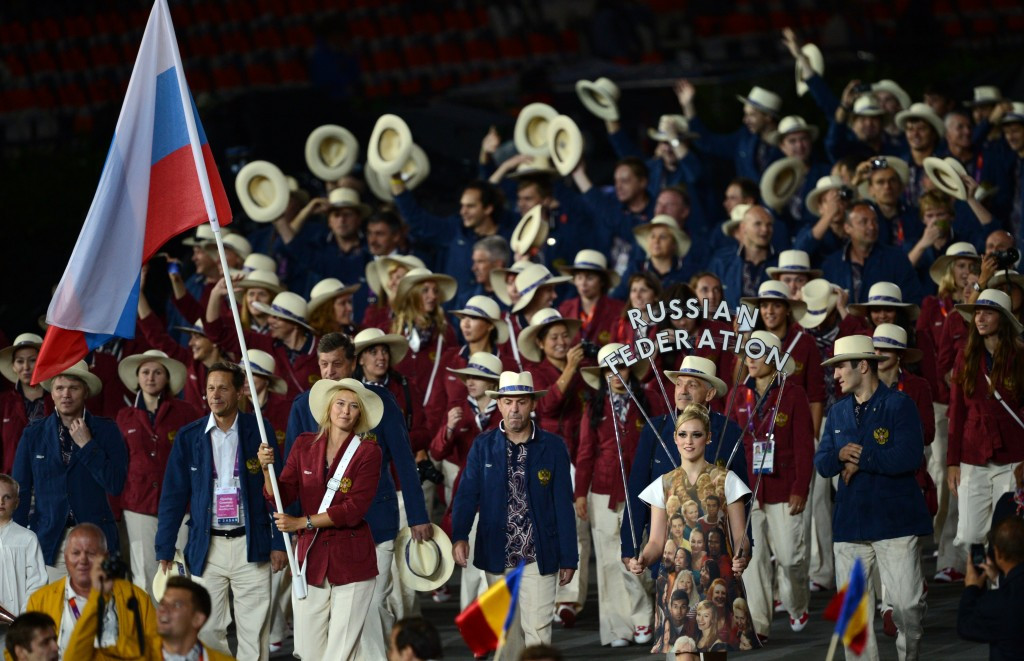 Russian Sports Minister Vitaly Mutko has called for organisations,  including the International Association of Athletics Federations (IAAF), to show the same "transparency" his country has shown in responding to doping problems here today.

The country was declared non-compliant by the World Anti-Doping Agency (WADA) following allegations of systemic and state=supported doping in the Russian athletics team published by a WADA Independent Commission.

The All-Russia Athletics Federation was also suspended by the IAAF, putting in jeopardy their participation at this year's Olympic Games in Rio de Janeiro.

Mutko, speaking here following a meeting with WADA President Sir Craig Reedie during the SportAccord Convention, claimed punishments should be more focused around dealing with "bad" athletes rather than clean ones.

He is confident that the IAAF ban will be lifted before Rio 2016.

"I would like to believe it would happen," he said.

"The whole philosophy of sport is aimed at protecting good and clean athletes.

"So I don’t imagine how a decision can be taken that does not take all the good athletes to Olympic Games.

"I call for open decisions.

"The system should find the bad people and protect the good and clean athletes."

Mutko then reiterated how sporting bodies should be more open and transparent in their process to provide a pathway for Russia to return for the Games.

"I think international organisations should have clear standards," he said.

Mutko also blamed what he believe is a lack of consistency that has seen investigations opened into Russia but not into other countries, like Britain, which has faced allegations.

The politican, who has denied allegations of Russian doping on an almost daily basis in recent weeks, spoke in detail about the "clear" work they claim to have undertaken.

Two independent experts have been provided to the Russian Anti-Doping Agency from WADA - one from Australia and one from Lithuania - with the pair due to begin their work on April 25.

They are in constant communication" with WADA  and are working to "reassess and recredit in an open and as transparent a way as possible".

Mutko claimed the IAAF ban is "very harmful for athletics in this country".

Athletes including pole vaulter Yelena Isinbayeva and world high jump champion Mariya Kuchina - who compete in technical disciplines where, he claims, the benefits of doping are negligible - are being unfairly persecuted.

"It is not good to put our athletes in a non-competitive situation," said.

"But we decided to cooperate in a clear and a good way."

This includes taking a pledge for every athlete potentially competing at Rio 2016 to be tested three times by the IAAF beforehand.