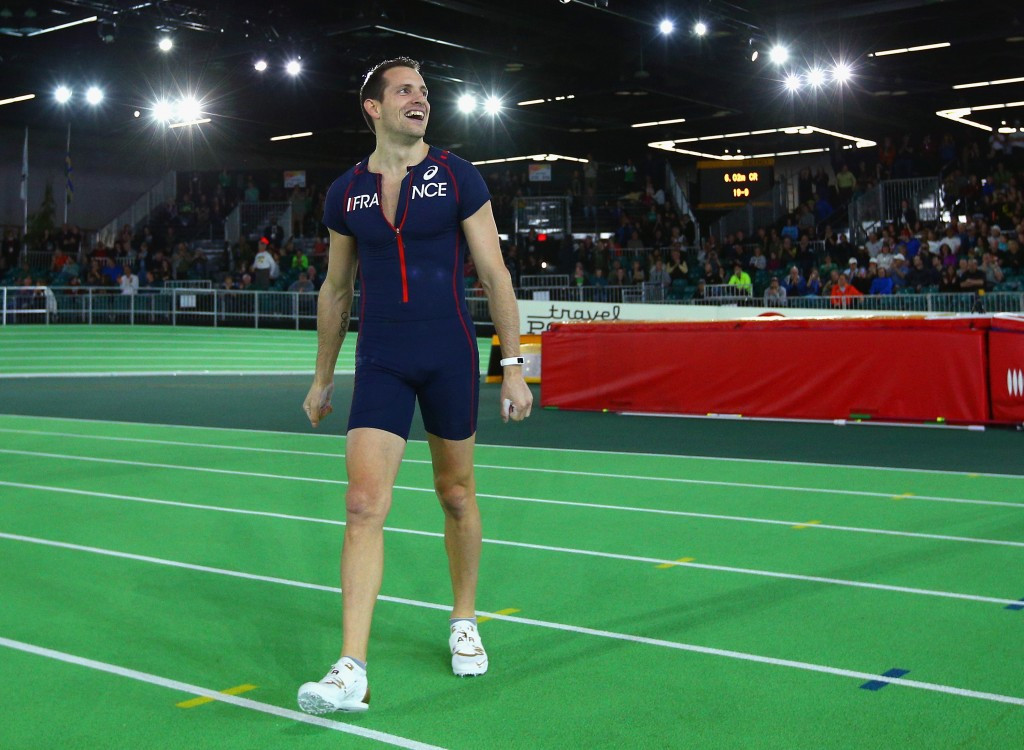 Men’s pole vault world record holder Renaud Lavillenie has claimed that Russia being banned from athletics competition at the Rio 2016 Olympic Games could be a good thing to help the sport resolve its "doping mess", but admits he has sympathy for clean athletes in the country.

Russia are at risk of missing the Olympics in August after a ban handed out by the International Association of Athletics Federations (IAAF) last November.

It came after the country was declared non-compliant by the World Anti-Doping Agency (WADA) following allegations of systemic and state-supported doping in the Russian athletics team published by a WADA Independent Commission.

The All-Russia Athletics Federation was also suspended by the IAAF, with a taskforce put in place to oversee their potential return.

Two independent experts have been provided to the Russian Anti-Doping Agency from WADA - one from Australia and one from Lithuania - to further help the country, with Russia hopeful the suspension will be lifted by the IAAF at their council meeting on 17 June.

Last week Russian Sports Minister Vitaly Mutko claimed that punishments should be more focused around dealing with "bad" athletes rather than clean ones.

French pole vault star Lavillenie, who broke the men's world record with 6.16 metres effort in 2014, expressed his view that the ban remaining in place could send a strong anti-doping message around the sport.

"It is a crazy thing, it has been a while since something has happened like that [the ban],” he said, at the French National Olympic and Sports Committee’s 100-days to go until Rio 2016 celebration event.

“I think if it is real, it can maybe be a good thing to show that we have to stop the big mess with doping.

“I am also thinking about the Russians who are not on drugs and it is a very bad thing for them.

“As we saw in the past, clean people pay for the other ones.

“For Russian athletics it is a very bad because they are a strong team and I know there are some very strong guys who are clean and it is very bad for them.”

Lavillenie admitted that the decision is unlikely to personally affect his pursuit of gold at the Games, with Russia unlikely to threaten in the men’s pole vault.

However the 29-year-old expects to face a significant challenge from the likes of Canada’s Shawnacy Barber, who ensured Lavillenie’s wait for a first outdoor world title went on after winning gold in Beijing last year, as he seeks to defend his Olympic crown.

Should Lavillenie achieve the feat, he would become only the second man to claim two Olympic pole vault crowns, with United States’ Bob Richards having topped the podium at both Helsinki 1952 and Melbourne 1956.

Russia's Yelena Isinbayeva is the only woman to accomplish the feat in the discipline.

“I know even [Sergey] Bubka did not win gold two times at the Olympics, but every Championship is different and the people are different,” Lavillenie said.

“It will be a big challenge for me, but after breaking the world record, I believe that anything is possible.

“I will do my best to achieve that.”