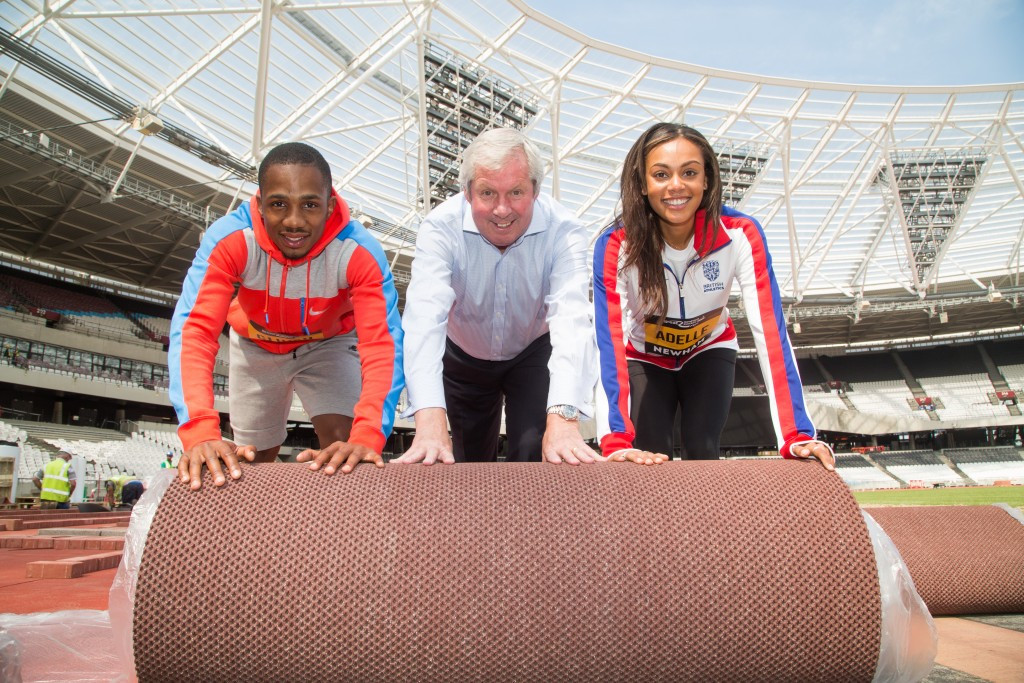 The event was held ahead of the Great Newham London two kilometre family run taking place on July 17, which is designed for young people between the ages of five to 18 and accompanying adults.

It will take place on the same day as the Great Newham London 10km run, with both events having the aim of allowing thousands of runners an opportunity to grace the Queen Elizabeth Olympic Park and the former Olympic Stadium.

“It’s amazing to be here in the Stadium and to be a part of laying the new track,” said Ujah, who is one of only six British men to have run under 10 seconds for the 100m.

“The London 2012 track helped create some incredible memories and certainly inspired me to keep working hard to break through into the senior ranks.

“It’s perfect that people of all ages and abilities are going to be the first to run on this brand new track and have their own moment crossing the finish line.”

The track has the same kind of surface as has been installed for the Rio 2016 Olympic Games by Italian specialists Mondo, which consists of vulcanised rubber to help deliver a quicker reaction.

Montreal 1976 men’s 10,000m bronze medallist Foster, who is chairman of the Great Run Company which organises the Great Newham London Run, believes bringing athletics events back to the Olympic stadium is vital for the future of the sport.

He pointed to the example of Tracey, one of the seven promising teenage athletes chosen to light the Olympic flame at the London 2012 Olympic Opening Ceremony, who has now emerged as a contender for the British team at Rio 2016, as a sign that young people can take inspiration from major events.

With the likes of Tracey and Ujah able to compete at the annual Anniversary Games at the stadium, which will soon become the home of Premier League football club West Ham United, Foster explained that the Great Newham London run will continue to appeal to the public as a mass participation event.

“I still get a buzz every time I come into the Stadium remembering the incredible atmosphere during London 2012 and the achievements of athletes like Mo Farah, Jess Ennis-Hill, Usain Bolt and David Rudisha,” he said.

“It’s really exciting to help lay the new track and look ahead to July when thousands of people will be cheered across the finish line by their friends and family in a Stadium packed out for the Great Newham London Run.”

Applicants can sign up for a place at the Great Newham London Run by clicking here.