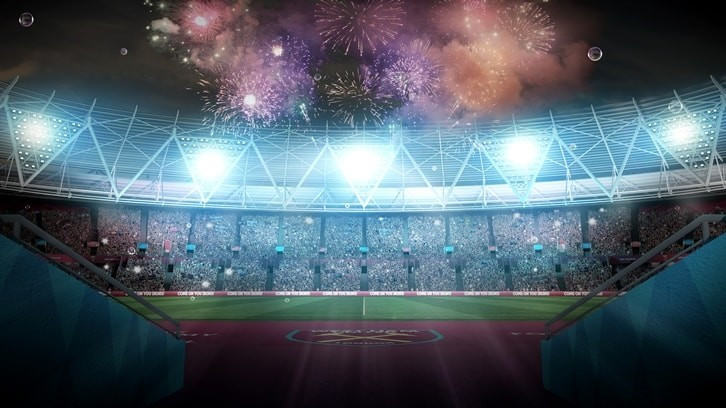 English Premier League football club West Ham United will pay £2.5 million ($3.5 million/€3.1 million) a year to rent the Olympic Stadium built for London 2012, it has been revealed after the deal was made public.

The London Legacy Development Corporation (LLDC), who are in charge of the Stadium on the Queen Elizabeth Olympic Park, had appealed against an order by the London Assembly and Information Commissioner that the contract should be released.

That was rejected earlier this week by an Information Tribunal, who ruled that it should be published under Freedom of Information rules.

The first £4 million ($5.5 million/€5 million) of any naming rights deal will go to the LLDC and Newham Borough, with anything above that being split between the two bodies and West Ham.

They will have to pay the same amount if they finish in the top five in the Premier League or win the FA Cup.

West Ham were controversially awarded tenancy of the 60,000-seater Olympic Stadium in 2013, and £272 million ($384 million/€342 million) has reportedly been spent to convert the site for use as a Premier League ground.

It has already been confirmed that West Ham will pay £15 million ($21 million/€19 million) towards the conversion of the Stadium to make it suitable for both football and athletics, but other details, including annual rent, and the specifics of other payments, had been withheld up until now.

The LLDC, who have spent more than £21,000 ($30,000/€26,000) trying to keep the contents of the contract secret, warned that the decision "could significantly impact the Stadium's ability to act competitively".

"We are disappointed by the Tribunal’s decision," said the LLDC in a statement.

"Our motivation in bringing this case has been to protect millions of pounds of taxpayers’ money.

"The Stadium needs to be a profitable and successful commercial operation otherwise it will rely on public subsidy.

"We were concerned that the publication of this contract and the precedent it may set for future agreements could make it harder to do this.

"However, we have decided not to seek leave to appeal, and have today made the contract available on our website."

The Tribunal said they were not convinced negotiations with other potential users would be affected by publication of the contract, laying out details of the 99-year lease agreement with West Ham.

The campaign for the LLDC to reveal details of the agreement had been orchestrated by Richard Hunt of the Charlton Athletic Supporters Trust, who represented a coalition of 14 football clubs in London concerned that there was not enough transparency over the use of public money to convert the Stadium.

Critics will say that the details of the deal today confirm that taxpayers are not getting a good deal.

Many of the running costs will not be funded by the club, with the Stadium managers instead footing the bill.

"From our perspective, we welcome the publication of the concession agreement as it proves that, as we have always maintained, the club has nothing to hide," said a West Ham statement.

"Importantly, people can now see that the full revenue streams from which the Stadium's owners will benefit go well beyond the widely-reported payments we have committed to make to the transformation costs and our annual usage fee for using the Stadium 25-days-a-year.

"Those revenue streams include the contribution of the lion's share of the income deriving from the Stadium's naming rights, catering, Stadium tours, all non-matchday income and further substantial revenue if - as is our primary focus - the Club continues to enjoy success on the pitch.

"We firmly believe it is a great deal for both West Ham United and also the taxpayer."