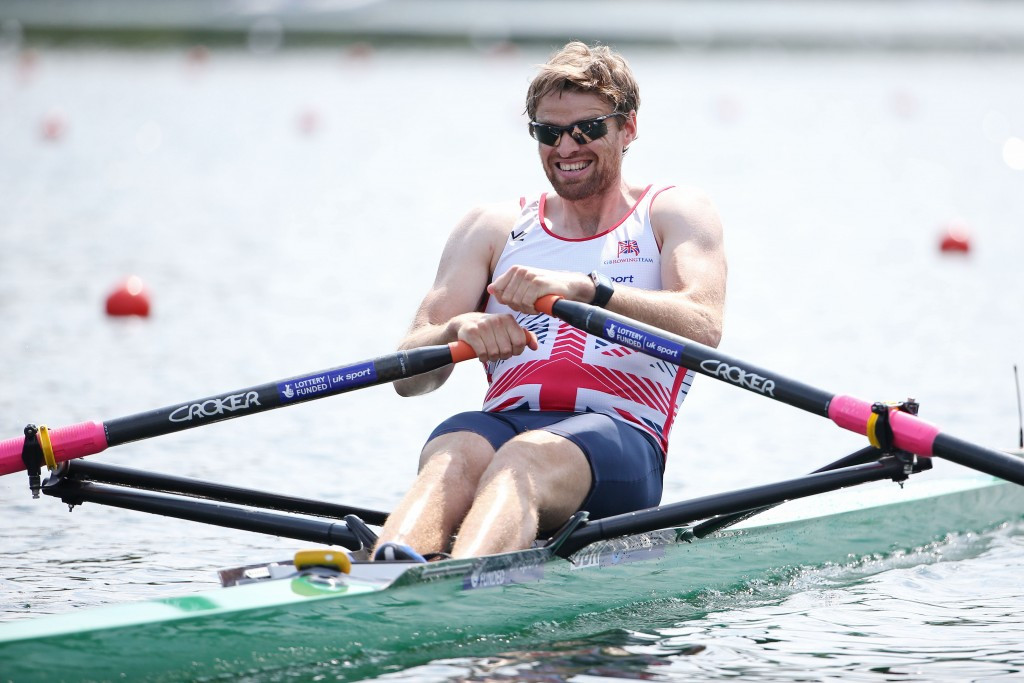 Stewart Innes and Alan Sinclair roared to a semi-final victory as the European Rowing Championships continued in Brandenburg in Germany today.

The British crew perfectly judged the pace of their race at Beetzee to make it through to tomorrow's finals day in the men's pair.

"We had a good start and then the middle bit got a bit bouncy but we came through it well – it's job done and we’re looking forward to the final," said Innes.

Britain have 13 crews qualified for the finals in all but it was a difficult day for two London 2012 medallists.

Olympic champion Kat Copeland and her partner Charlotte Taylor missed out on a finals spot after coming fourth in their women's lightweight double sculls semi-final, while bronze medallist Alan Campbell was fifth in his men's singles race.

Croatia's European champion Damir Martin instead led the qualifiers in the men's singles, with Ilse Paulis and Maaike Head of the Netherlands registering the fastest qualifying time in the women's light double.

In the lightweight men's single sculls, Slovenia's Rajko Hrvat impressed in making it through with victory, while world champions Valent and Martin Sinkovic of Croatia were among those to advance in the men's double sculls.

Ireland's Sanita Puspure raced through to win her semi-final in the women's single sculls as she bids to earn Rio 2016 qualification.

There was more success for the Irish as Paul and Gary O'Donovan impressed with semi-final victory to book their place in the finals of the men's lightweight double sculls.

Finals will be held in Brandenburg tomorrow, when the medallists will be revealed.