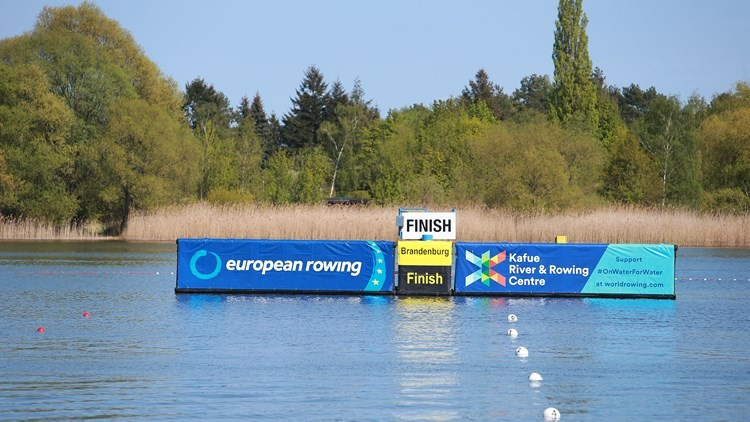 Great Britain appear on course for a fifth successive Olympic coxless four title this year after an all-star new crew powered to victory in their oprning heat of the European Rowing Championships in Brandenburg.

Alex Gregory, the only survior of the crew which won home gold at London 2012, teamed up with Mohamed Sbihi and Constantine Louloudis, who both won eights bronze medals four years ago, and George Nash, who also finished in third on the podium in the British capital in the coxless pair.

The quartet overcame a sluggish start before powering away from the rest of the fleet in the middle of the race to claim a comfortable victory.

Russia were similarly impressive in winning the second heat and also secure a spot in the final on Sunday (May 8).

It came on a good opening morning for Britain, with seven crews booking final spots while a further five reached the semi-finals.

Reigning Olympic, world and European champions Helen Glover and Heather Stanning were predictably dominant in their first international appearence of the season.

The duo dominated heat two of the women's pair event after Hedvig Rasmussen and Anne Andersen of Denmark had let from start to finish in heat one.

Double-scullers Vicky Thornley and London 2012 Olympic champion Katherine Grainger were among other British winners, along with the lightweight coxless four of Chris Bartley, Mark Aldred, Jono Clegg and Peter Chambers and the new look men's and women's eights.

One of the best races of the opening day came in the double sculls, where 39-year-old German Marcel Hacker and parnter Stephan Kreger delighted the home crowd with narrow heat two win over Switzerland's Nico Stahlberg and Roman Roeoesli.

Matthieu Androdias and Hugo Boucheron of France were also close behind in third.

World Champions Martin and Valent Sinkovic of Croatia were also pushed hard in heat one before overcoming a strong Norwegian combination of Kjetic Borch and two-time Olympic champion Olaf Tufte.

Compatriot and world champion Ondrej Synek was similarly successful in the corresponding men's event, but only after overhauling fast-starting Slovenian Gaspar Fistravec.