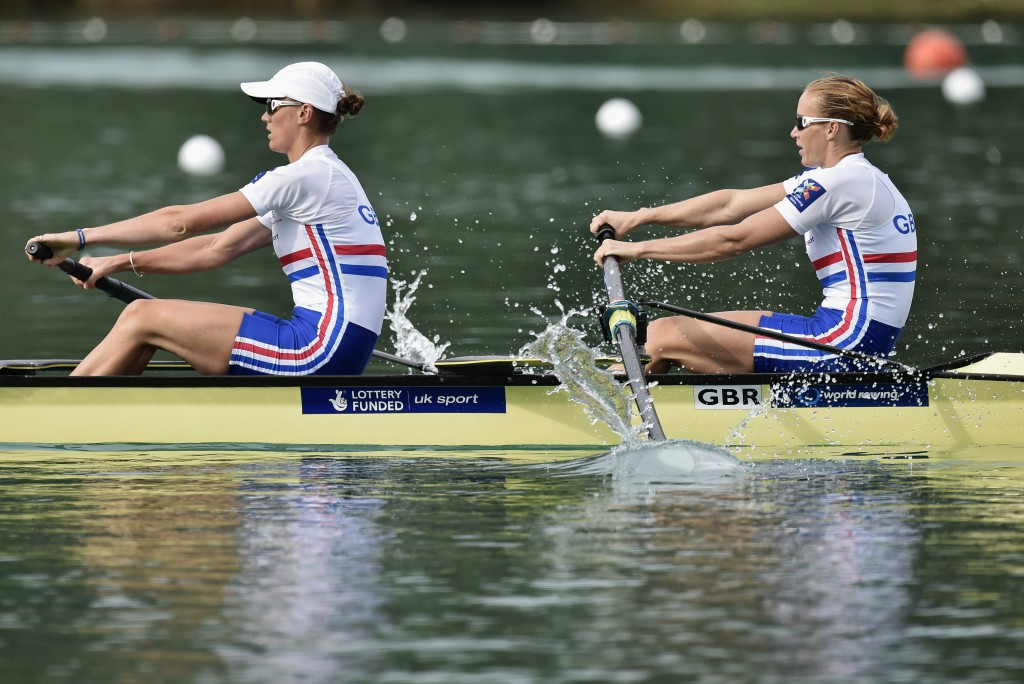 Olympic gold medallists Helen Glover and Heather Stanning of Britain will make their first competitive appearance of the year during the European Rowing Championships, set to get underway in Brandenburg in Germany tomorrow.

The formidable duo, who are also the reigning world and European champions, come into the event as favourites in the women’s pair, though they are expected to face tough competition from Denmark’s Hedvig Rasmussen and Anne Andersen.

Glover and Stanning are part of a 51-strong British team which will represent their country at the competition, due to conclude on Sunday (May 8).

The men’s four crew of Alex Gregory, Mohamed Sbihi, George Nash and Constantine Louloudi, the current world champions, will be one of Britain’s hottest prospects for gold on Lake Beetzsee, which also played host to the World Rowing Junior Championships and the World Rowing Under-23 Championships.

The men’s eight will also see the latest installment of the fierce battle between Germany and Britain, with the hosts aiming to lay down a marker ahead of Rio 2016, where they will attempt to defend their Olympic crown.

Since defeat on home waters at London 2012, where they could only manage the bronze medal, Britain have been on top in the two-way tussle for supremacy in the event having topped the podium at the previous three World Championships.

Two-time Olympic champion Ekaterina Karsten of Belarus will be hoping to mark her return to the women’s single sculls boat with a gold medal  following a brief stint in the double sculls, with Ireland's Sanita Puspure and Jeannine Gmelin of Switzerland also expected to challenge for the title.

Germany's Stephan Krueger and Marcel Hacker will be bidding to upset Croatian duo Valent and Martin Sinkovic, the double world champions, in the men’s double sculls, while Gary and Paul O'Donovan of Ireland have started the season well and will be the ones to beat in the lightweight men’s double sculls.

They will meet Tim Brys and Niels van Zandweghe of Belgium once again following their recent duel at the World Rowing Cup I in Varese in Italy earlier this month, where the Irishmen pipped the Belgians to silver.

Over 500 athletes from 34 European countries are due to participate in the event, where a total of 17 boat classes - 14 Olympic and three non-Olympic - are on the programme.

The 2016 edition of the European Championships will take place in Germany for the first time and are the 10th to be staged since the event was reinstated in 2007 following a hiatus of 34 years.